A paper published Wednesday by researchers at MIT’s Computer Science and Artificial Intelligence Laboratory describes how the wearable AI detects the tone of a conversation through audio and physiological data in order to determine the mood of the speaker. The information can then be used to better understand social situations. 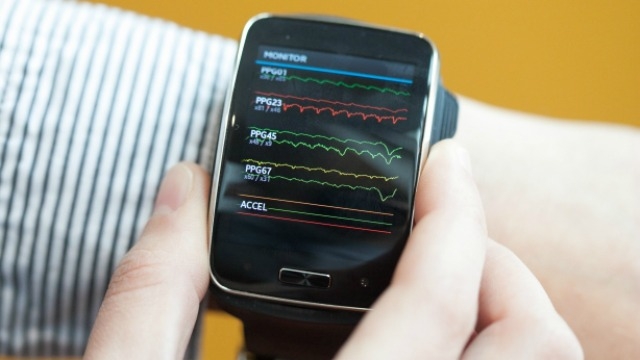 The mood-predicting wearables actively analyze a person’s speech patterns and physiological signals to determine the tones and moods expressed in a conversation with 83 percent accuracy. The system is programmed to simply record a ‘sentiment score’ every 5 seconds during a conversation.

The MIT researchers uses an Apple iPhone 5S in their test that record the audio part of the conversations, but each test subject wear Samsung Simband. That is the company’s developer-only device platform which runs Tizen and also has space for multiple additional sensors. It isn’t the elegant of implementations, but a pair have built the system with an eye on incorporating it inside a wearable device with no external help.

However, the system is not yet ready to be deployed for social uses. It is now labels interactions as negative and positive, but the device’s goal is for artificial intelligence to be able to determine feeling accurately than that and identify tense, boring, or exciting moments.

Interestingly, the researchers say all the computing required to analyze the feeling and tone of a conversation is done locally, on a device, just to protect privacy. However, a user’s version would need clear protocols for obtaining the consent of the other people involved in the conversation, not only the wearer.

June 14, 2021, No Comments on Engineering Solutions in Manufacturing Industries

June 9, 2021, No Comments on 4 Technologies That Are Changing Medicine

May 22, 2021, Comments Off on Maritime law and maritime attorneys

May 18, 2021, Comments Off on Role of Computer Programming

“It just works”: 5 examples of business tech where it indeed does

April 29, 2021, Comments Off on “It just works”: 5 examples of business tech where it indeed does
Latest tweets
Tweets by @Technogies1