Samsung recently announced its Charm wearable, a kind of minimalistic fitness tracker. Now, the device is finally nearing it’s commercial debut. Unlike the Gear Fit, the Charm is a much more creative looking, stylish offering, and the first from Samsung to not primarily focus on just a display.

It is a pretty functional wearable, but of course, it does not pack in as many features as the Gear S2. With that said, it still gets the job done, from counting steps to alerting the user of an text, incoming call or any other notification along those lines.

As for battery life, it boasts a 17 mAh pack, and according to Samsung, it go for up to fourteen days on a single charge. Needless to say, it will typically miss that mark because of all the varying factors involved on this front, but at any rate, it’s easy to juice up via the Pogo-pin charging crib it comes with out of the box.

Its Available in gold, black and rose quartz, the square Charm will also count steps and uses LED notification lights to alert you of incoming calls, texts and social media updates. 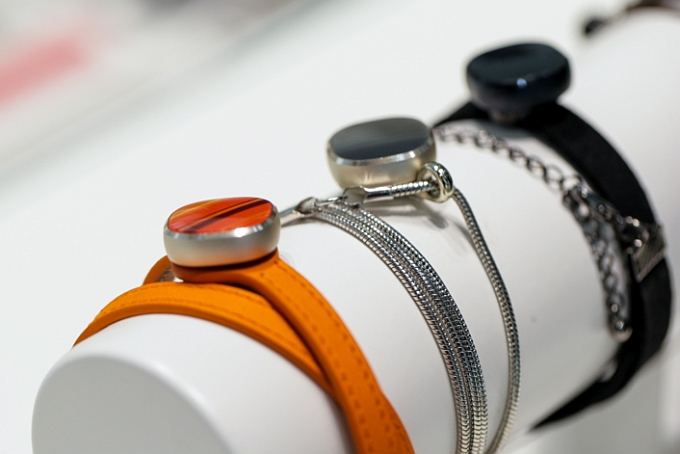 It will of course work with Samsung S Health app where you can view your activity tracking progress including how much distance you have covered and also how many calories you’ve burned.

There’s also a dedicated Charm app to customise the notification support. Unsurprisingly, it just looks like it is only going to be compatible with Samsung smartphones including the Galaxy S7 and S7 Edge.

There’s no news on pricing or a precise launch date but we do know that it will be hitting France, Italy, Korea and Russia first. We had a pretty good idea that the Charm would be surfacing soon after popping up on the official website alongside the Samsung Gear Fit 2 and the Gear IconX wireless earbuds recently.