Back in January, the Taiwanese firm Asus announced its new flagship of smartphone, dubbed as Asus ZenFone AR at Consumer Electronics Show CES in Vegas. This is a Tango-enabled phone, but the phone still did not start shipping yet. The reports suggested that the smartphone will available in the mid of June in Taiwan. And after some time it will launch in the United States. 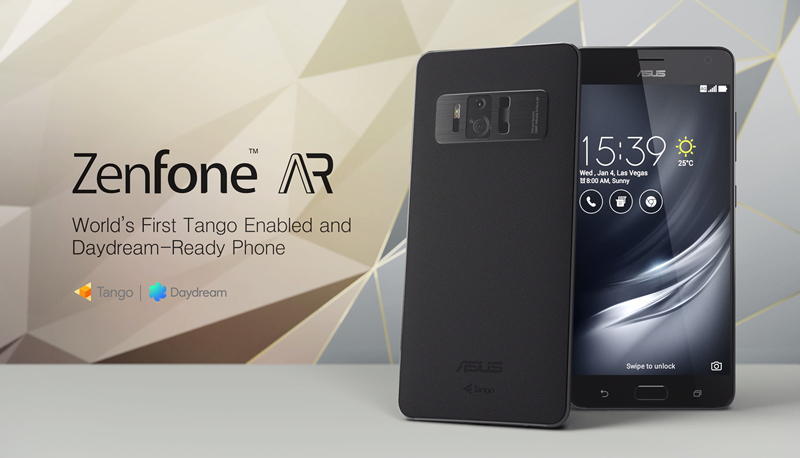 Finally the launching date of the smartphone has confirmed through a media invitation. The Asus ZenFone AR Tange-enabled smartphone will start shipping on 14 June in Taiwan. It is expected that the smartphone will come in two variants in terms of storage; one with 6GB of RAM and the second variants will pack the larger 8GB of high speed RAM. And for the United States, the company will launch only the 6GB RAM model.

As I mentioned above, this smartphone is Tango-enabled, meaning you can use Tango apps on the ZenFone AR smartphone smoothly and easily and it is also compatible with the Google DayDream VR platform. The smartphone is powered by the Qualcomm Snapdragon 820 octa core processor and coupled with Adreno 530 graphic processor. The phone will come with a brighter 5.7-inch Super AMOLED capacitive touchscreen display with the screen resolution of 1440 × 2560 pixels. The screen is also protected by the Corning Gorilla Glass 4.

In terms of optics, the smartphone comes with an incredible 23 megapixel rear camera along with an 8 megapixel front facing camera for capturing selfies. For the storage, it comes with three storage options; 64GB / 128GB / 256GB of built-in storage. To power the phone, there is a non-removable Li-ion 3,300mAh battery inside. The phone is available in only one color option, which is Black.