Bang & Olufsen has introduced two new speaker systems at the IFA 2016, bringing with them a striking cone design for those wanting something more than just a box. Both the BeoSound 1 and 2 offer 360-degree sound. But this isn’t a first for the company — it is BeoPlay A1, released in April, also offered 360-degree sound. The difference is that B&O reserves BeoSound name for its higher-end products, and that is definitely what we’re looking at here. As a result, this might be some of the first 360-degree speakers that have truly impressed us when it comes to both looks and sound. According to a technology blog, Vogatech.

Both models feature a tapered aluminum cylinder design that houses both woofers and full range drivers. This unique design not only makes them distinctive looking, but it also allows the speakers to disperse sound in any direction. There is a rotary control at the top for volume and a touch-sensitive panel for basic track controls. They also have proximity sensors. That can detect where you are in the room and adjust the control dial’s position accordingly. 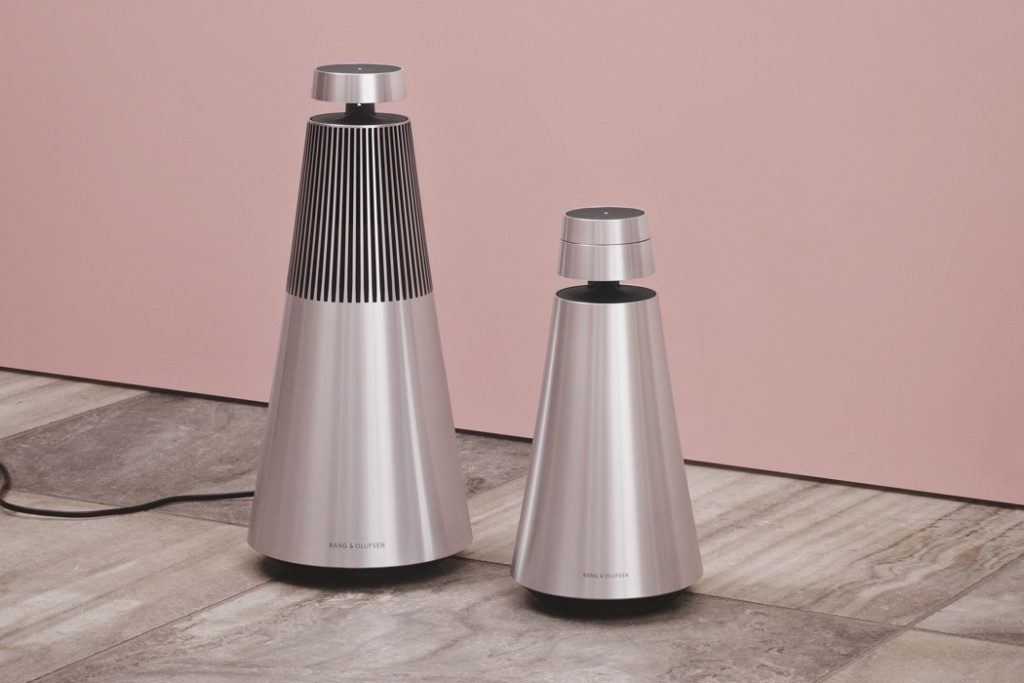 Bluetooth is supported on both models, but that’s only the start. AirPlay, Google Cast, and DLNA are all supported. Allowing most of the control of the speaker to be done with your smartphone. Multiroom is also supported. So if you have multiple units, playing your music across all of them is simple and easy

The BeoSound 1 will be available starting today for $1,495. While the BeoSound 2 will hit stores in October and cost $1,895.