Turkish Manufacturer General Mobile company just unveiled its upcoming Android One phone, the GM 5, will have the first Nougat based smartphone. The device will runs the latest Android Nougat 7.0 operating system. The device will go on sale this month. 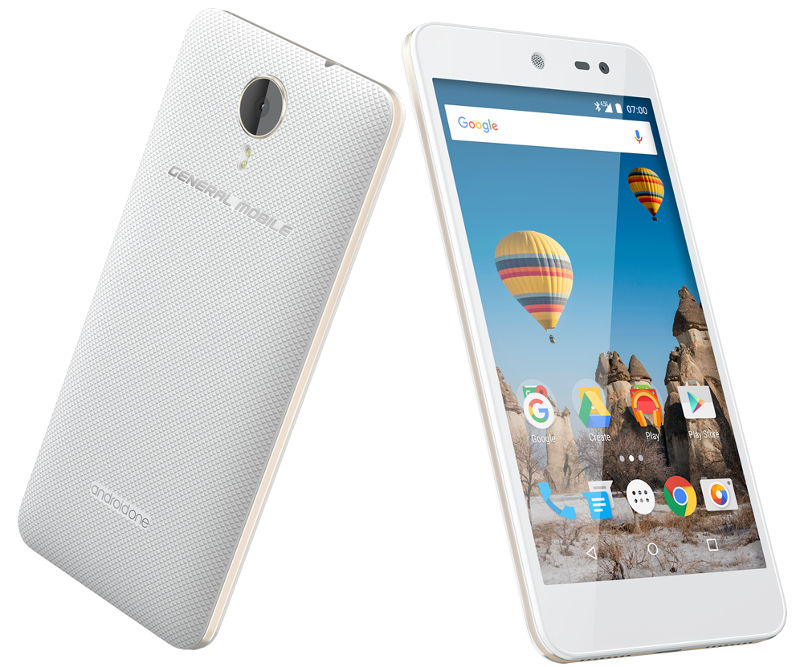 GM 5 has a 5-inch IPS Full HD display with the resolution of 1,280×720 pixels and protected by Gorilla Glass. The device is powered by 64-bit Qualcomm Snapdragon quad core processor with a clock speed of 1.2GHz along with the Adreno 306 GPU, and runs Android 7.0 Nougat operating system. The device has 2GB of RAM and 16GB of internal storage that can be expandable via MicroSD card up to 64GB.

The phone comes with a 13-megapixel rear camera and a 5-megapixel front selfies shooter. The smartphone will also come with the 2,500mAh battery capacity, the battery can be removable. The device weighs in at 160g, measuring 140.4 × 69.75 ×9.3 mm. The GM 5 will available in three color variants: Golden, Space Gray and Black. Both the single SIM and dual SIM variants of this will be available.

The company hasn’t revealed the price of the smartphone yet, but it is expected that it will be a affordable phone. GM 5 will go on sale this month, but the exact date is still unconfirmed. The company plans to launch the phone in 20 countries, mostly in Europe, but also in some markets in Africa and Asia.