Zero Zero Robotics has recently announced that its first camera drone – named Passport – is going on sale for $549 – a $50 discount on its eventual retail price of $599. The compact quadcopter is roughly the size of an average hardcover book when it folded up for travel. But can quickly be opened and tossed in the air for 13-megapixel stills and 4K-resolution video.

For those who aren’t already familiar, the new Passport is an ultra-lightweight and ultra-compact quadcopter powered by Qualcomm’s Snapdragon Flight platform. It comes out with a 13-megapixel still camera that can shoot 4K video, and there is a foldable carbon-fiber enclosure for the propellers — the drone is about the size of a VHS cassette tape when folded, if you know what that’s. Since the Passport only weighs 242 grams (it was originally aiming for 238 grams). It is not subject to the FAA’s Hobbyist Drone Registration.

There’s no controller; you will just be using your Android phone or iPhone to control it via WiFi. 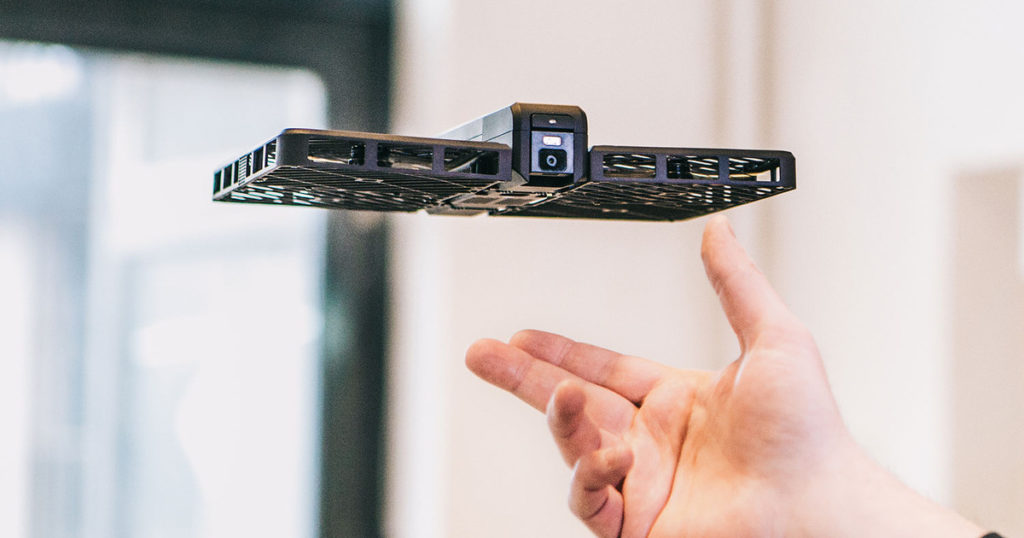 The Hover Camera Drone is now available for purchase at a promotional price of $550. Which is $50 off its normal retail price. In addition to $50 discount, Zero Zero Robotics is also throwing in a referral discount of up to $50. When someone buys Passport using your unique referral code, you will get $10 off, up to $50.