ECOXGEAR released its ‘biggest sound of music’ with the latest EcoBoulder. The EcoBoulder is an outdoor speaker with versatility and sound to match its name and appearance. The EcoBoulder claims 100 watts of power and doubles as a PA sys, all while keeping the same rugged build that comes part and parcel with all of the brand’s products.

The EcoBoulder adheres to the IP67 international dustproof and waterproof standards, meaning that it’s 100 percent safe for outdoor use. Beyond being waterproof, the new EcoBoulder actually floats when submerged in water, so consumers could swim it out into the middle of a lake and also have a floating party without any problems.

When it comes to battery life, most companies either do not talk about volume, or provide numbers for playback at 50 percent volume, but that isn’t the case here. Ecoxgear says the new EcoBoulder offers up to 10 hours of playback time at full volume and more than the 100 hours of standby time. In an odd but absolutely useful touch, the EcoBoulder includes a built-in storage compartment for a mobile device and cables that enables a phone to be charged while keeping it safe from water. 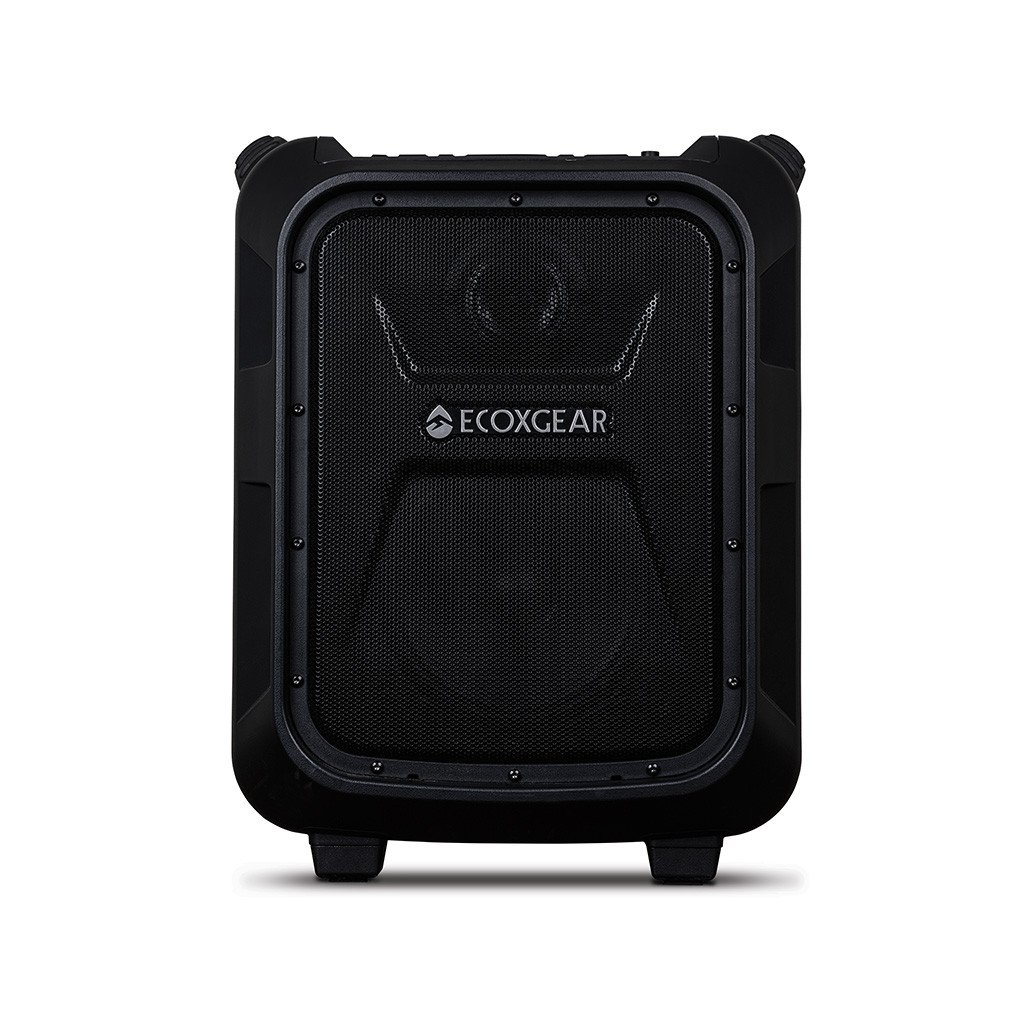 Wireless connectivity comes via Bluetooth, with an opt to stream to two EcoBoulder speakers at the same time for even more volume. In off chance that everyone left their phones at home, the new speaker also includes a built-in AM/FM radio.

The EcoBoulder retails for $249.99, and is available now at  www.ecoxgear.com.