Microsoft unveiled the wireless Surface Dial, a control wheel that attaches directly to the Surface Studio’s screen, letting artists select colors and do the other chores. While the $100 device is compatible with the any Windows 10 PC, including Surface Book and Surface Pro 4, the company originally said the on-screen functions would only work on the Surface Studio.

The hardware itself is simple, but nice. It’s got a good heft to it and a premium feel, and it glides so smoothly, without offering enough give to accidentally turn too far. Response is instantaneous, as one would expect with a wireless mouse, and keyboard or other input device. You can stick it directly to the display on the Surface Studio, for the direct interaction, and when you take it off, a surrogate digital version pops up on-screen. 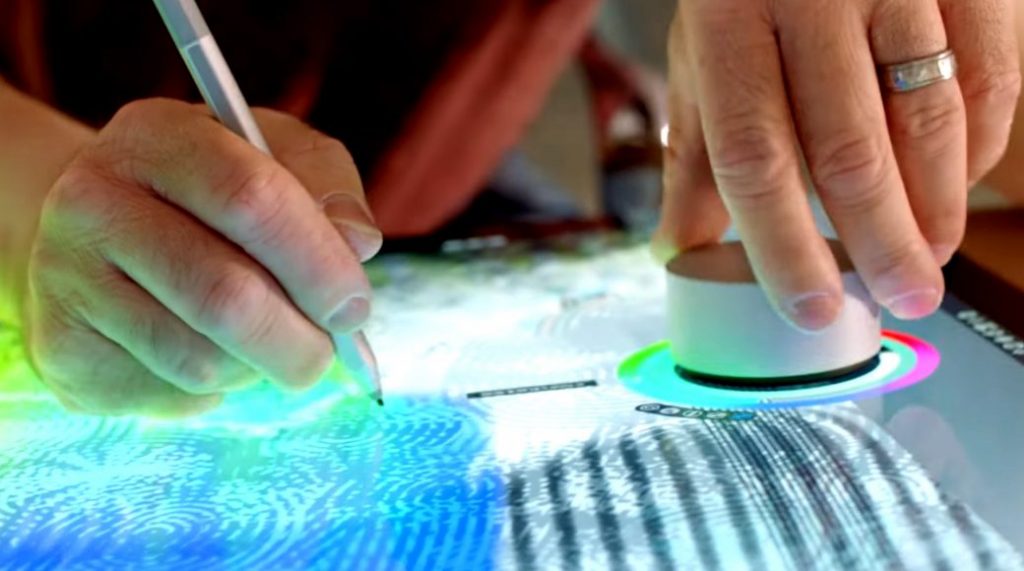 It’s designed as another input device to compliment the mouse / keyboard, touch, and stylus. In drawing apps like Sketchpad or Sketchable you’ll be able to use it to generate a radial menu that lets you quickly change the color or brush options, but Windows itself will mostly support basic zooming and volume controls at launch.

It’ll even work with third-party services; for instance, you’ll be able to use the Dial to adjust volume on Spotify, Pandora, and Groove. It can also be used to scroll on your browser, and edit, rotate, and manipulate objects on editing software. It is also clickable, which allows the user to bring up a radial menu of tools.

Not every app have a rich amount of Surface Dial support when the device is launched on November 10th for $99, but Microsoft has provided a list of apps along with some support for the device. We’ll have to wait and see exactly what functions you’ll get from these apps, but here is the full list of apps that work with the Surface Dial: