Do you love gaming but haven’t got on the Minecraft bandwagon yet, and think it’s time to start? Or perhaps you have a child that is obsessed with it and you want to learn more about it? No matter your interest, if you’re wondering what all the fuss is about, it is actually easy to get started on this mammoth game. According to numbers released earlier this year by the company behind the game (the now Microsoft-owned Mojang), just the Pocket Edition of the game for Android and iOS mobile gadgets has sold 30 million copies, and that’s not counting any other versions! 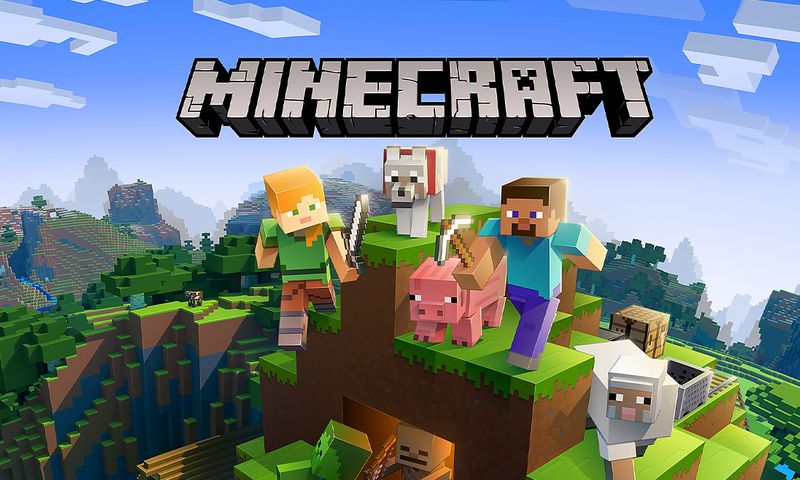 Obviously, there must be a lot to love about Minecraft. If you’re keen to learn more, whether it’s how to get started, what you can create in the game, or how to utilize Minecraft servers to enjoy multiplayer action with others, there’s lots of info available to get you on your way. Read on for a beginner’s guide to Minecraft you can zip through today.

Minecraft is a video game designed by Swedish programmer Markus Persson that launched in 2009. It allows players to complete a wide variety of activities, to their own discretion. What’s called a sandbox game, Minecraft provides users with all the settings and tools, and then lets them loose to “play in their sandbox” however they like. Rather than a standard, linear game, where players go through set levels until they reach the end of the game, this sandbox style provides much more freedom — plus never-ending play.

Users can choose to do things such as gather resources, craft items and buildings by breaking and placing blocks, practice their “survival” skills, engage in combat, or play hide and seek with other players, all in the game’s block-based worlds. While aimed towards children in many ways, the game is also hugely popular with adults who enjoy the creativity allowed in the game, as well as the survival element.

Firstly, to get started with Minecraft you can purchase a copy from the company’s official website, www.minecraft.net. It currently costs USD$26.95 and is available for PC, Mac, Xbox, PlayStation, and iOS devices. If you want to test out the game before you part with cash you can try out a demo, but you do need to register for a free account first.

When you have the game installed and set up, hit the singleplayer button to create your very first Minecraft world. You’ll be prompted to name this world, but can change it later if you like. The game is designed around completely randomized strings of numbers — what’s called the seed variable. This means that players never play the game on the same map twice, and things are kept fresh. (Note though, that if you love a particular option you can copy its details from an online Minecraft seed catalogue and then create your own copy of that world).

After your first world has been created — which could be a forest, a desert, a cave, a mountain range or any other number of settings — you next need to choose a game mode. Your options are Survival, Creative, or Hardcore. In Survival mode, you need to create shelter, craft items to help protect you against the monsters that will attack during the night, and find sustenance to keep you alive. Don’t worry about dying though — if you do, you’ll be respawned, but could possibly lose items you were carrying.

If you opt for the Creative mode, you’ll be able to use your genius to create any type of elaborate design you can think of. You’ll have unlimited resources to take advantage of, as well as no worries about Survival to interrupt your imagination. The other option is Hardcore but, as the name suggests, this challenging mode is for experienced Minecraft gamers, not beginners.

Once you’re in your world, the setting is yours to play with as you like. If you’re in Survival mode, you have to earn your resources by completing activities. For example, if you want to get some wood to build a shelter or start a fire, you have to cut down a tree in the game first.

If, on the other hand, you’re in the Creative mode, you won’t have to work for anything and can get started straight away on crafting whatever you like. Whether you choose to invent buildings, people, villages, additional elements of the landscape, or more, the choice is up to you.

Connect With Other Players

While you’re sure to be busy enough doing your own thing on Minecraft, there is also the opportunity to connect with other players. If you want to play with people in your own home, you can use your local area network to connect. If not, the game has a busy online community that features thousands of different servers where players can enjoy the game online at the same time as others.

You can either choose to engage in remote multiplayer games on private servers (those purchased by you or hosted by a Minecraft server hosting company), or on a public server that is accessible to anyone who wants to join. You can opt to work together with others to build amazing worlds, or you can join player-created games for more fun.