Honda has set the price of its fuel cell Clarity passenger car and just delivered the first six vehicles to early adopters in Southern California. Each went to an individual who’d previously owned its Clarity FCX predecessor and who’d also regularly provided Honda with real-world feedback the automaker will use to improve the user experience for its upcoming fuel-cell-powered vehicles.

The advantage of a Clarity over regular EVs? You can fuel up to the top in about 10 min and travel 366 miles before you need to do it again. By contrast, you can go about 315 miles in the Tesla Model S P100D, and it takes 40 min to get to an 80 percent charge, at best. The Clarity’s 174 HP engine can propel you to a top speed of 100 mph, but lack of the emissions is the point of an FCV, not performance. 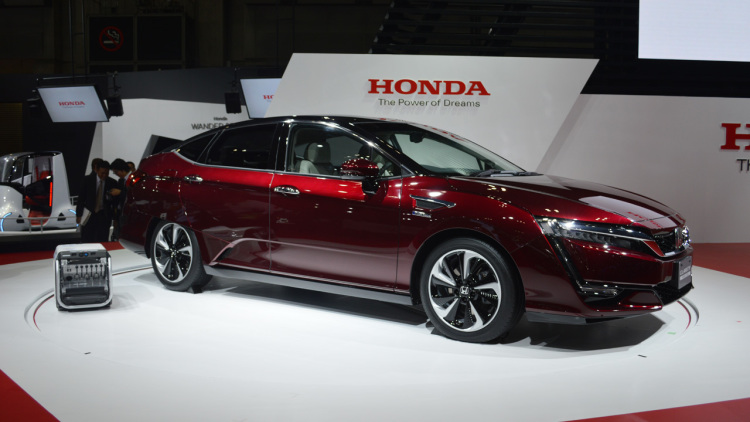 The Clarity requires a down payment of $2,868, and followed by $369 per month for the 36 months. The lease terms include 20,000 allowed miles each year, and up to $15,000 in fuel and 24/7 roadside assistance. It’s also eligible for the California’s ‘White Sticker,’ which enables zero-emissions vehicles to access carpool lanes with only a single occupant. The car carries price tag around $60,000, but it’s only available for leasing. It is still a bit of a science experiment, after all.

‘The Honda Clarity Fuel Cell has arrived as the next big leap forward in electric drive mobility, with next-gen style, fun-to-drive performance and customer comfort,’ said Steve Center, Honda’s vice president of the Environmental Business Development Office. ‘In the year ahead, we’ll continue the rollout of the new Clarity series of electrified vehicles, to include a battery-electric and plug-in hybrid models.’

The 2017 Clarity Fuel Cell is available to lease through 12 California dealerships, including six in Southern California, five in the Bay Area, and one in the state capital of Sacramento.