BMW’s answer to the Tesla Model 3 will arrive in the early 2020s, likely wearing the i4 nameplate. Previewed by the polarizing i Vision Dynamics concept (pictured), it will be an electric-only sedan packed with forward-thinking tech features, and built with composite materials to keep weight in check. We have a better idea of what to expect from its specifications sheet thanks to a recent report. 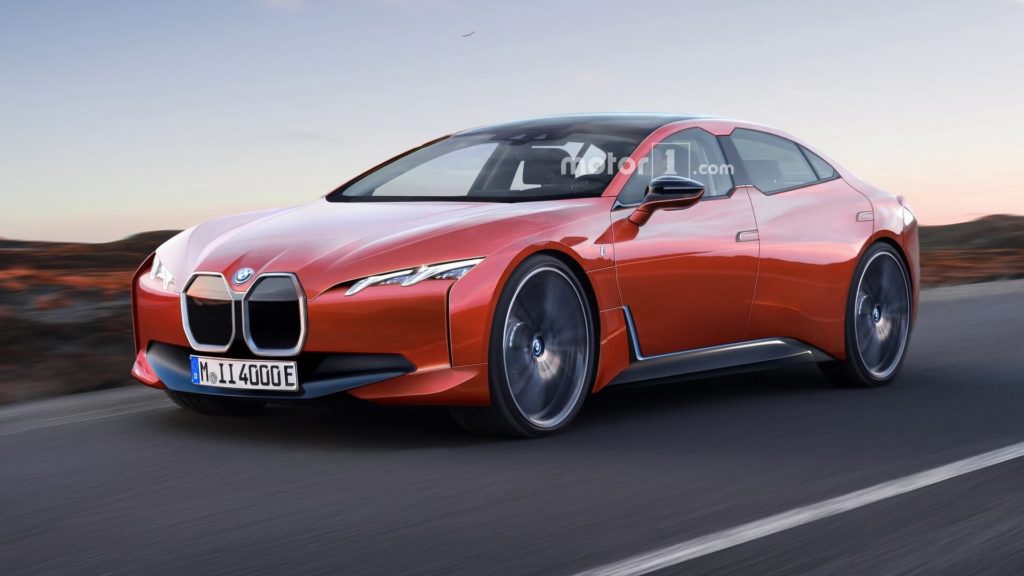 The i4 will come with an 80-kilowatt-hour, lithium-ion battery pack in its standard configuration, and it will offer 530 horsepower, according to unnamed sources who spoke to Roadshow. That’s enough for a four-second sprint from 0-62 mph, and its top speed will be electronically limited to 120 mph.

New battery technology will help keep range anxiety in check. The i4 will drive for up to 373 miles on a single charge, though that figure was obtained using the optimistic WLTP testing cycle. Plugging it into a 150-kilowatt DC quick charger will juice its battery pack with an 80 percent charge in 35 minutes; alternatively, it will take about six minutes to channel 62 miles of range into the pack.

Roadshow learned additional variants — including some with more power, and/or more range — will join the line-up a little bit later in the production run, so the i4 could reach M5-like levels of power. All of them will be built on the same modular platform found under the new 3 Series. It was developed with multiple drivetrains in mind to save the firm from designing separate architectures for gasoline- and electric-powered vehicles. The next-generation 4 Series will also use this foundation.

BMW is expected to reveal the i4 — assuming that’s what it will be called — in late 2020, and production will begin in Munich, Germany, during the first half of 2021. When it lands, it will join the iX3 (which is, as its name implies, an electric variant of the current X3) and the production version of the battery-powered iNext concept in showrooms.

How to Receive Cell Phone Assistance Through Lifeline

March 31, 2021, No Comments on How to Receive Cell Phone Assistance Through Lifeline

Customer Service Approaches To Win Over Your Shoppers

March 31, 2021, No Comments on Customer Service Approaches To Win Over Your Shoppers

March 30, 2021, No Comments on Benefits of Electronics Recycling

January 27, 2021, Comments Off on Helpful Facts for the Novice Diesel Engine Owner

January 22, 2021, Comments Off on What to Bring to a Consultation With a Car Accident Lawyer
Latest tweets
Tweets by @Technogies1