Toyota’s most affordable hybrid RAV4 is the best new vehicle available on the Australian market, according to judges of the prestigious Drive Car of the Year Awards. 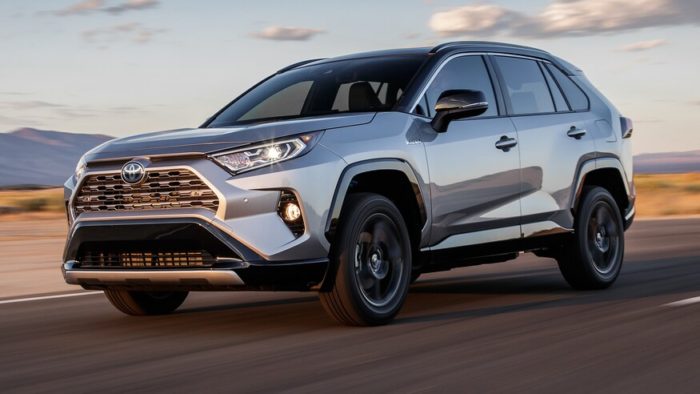 The hybrid RAV4 – also named the best mid-size SUV – won the Drive award ahead of 19 other category winners, three of which were also Toyota vehicles.

It is the third headline media award for Toyota’s all-new RAV4 in recent weeks.

“Medium SUVs show no signs of losing popularity and the RAV4 is the best of the current crop,” Mr Nikolic said.

“Always a strong performer, the redesign, and especially the hybrid drivetrain, put the RAV4 right at the pointy end of the field,” he said.

Toyota Australia President and CEO Matthew Callachor said Toyota was proud to receive the Drive awards because of the focus on assessing cars with consumers in mind.

“As our first hybrid SUV in Australia, we have been thrilled to see how the all-new RAV4 has been received, as a popular choice for customers delivering a renewed sense of style, performance, refinement, advanced safety features and driving dynamics,” Mr Callachor said.

“We are proud that the Toyota RAV4 Hybrid has now also received such critical acclaim from Drive’s motoring experts.

“The Drive awards also confirm the enduring strength of Camry and LandCruiser as well as the superb reception for the stunning GR Supra,” he said.

Mr Nikolic said the hotly anticipated GR Supra, launched in September, had lived up to the legend created by its predecessors by being the best sports car under $100,000.

“The Toyota Supra has moved the game forward for anyone desiring a sports car around that $100,000 price point,” he said.

“It’s sharp, both in terms of driving dynamics and styling, and it’s premium too. It feels like a proper sports car that rewards on road and track. It not only lives up to the Supra legend, it advances the nameplate for a new generation,” he said.

“Camry Hybrid’s blend of quality, driving dynamics, comfort and practicality make it the clear winner in its segment,” he said.

Toyota LandCruiser, with its storied history in Australia, remained the go-to upper-large SUV, with the LandCruiser 200.

“It’s formidable off-road, comfortable, user-friendly and tough as nails. Few vehicles better embody the spirit of exploring our wide brown land than the LandCruiser 200,” he said.

The annual Drive Car of the Year awards focus on almost 100 vehicles chosen from the hundreds of cars driven by its journalists throughout the year.

The selected vehicles are subjected to an intense week of driving evaluation – track, on and off-road – and comparisons of features, safety, comfort and packaging.