The small, urban, city car market has exploded in the last ten years. Drivers are desperate for nippy, practical, and highly economical cars to run around town. It’s a tough balance to find and there are only a few real standouts in a class of average cars. The difficulty is balancing the priorities while delivering everything at a budget price. City cars are supposed to be affordable and cheap to run. Yet, customers are also looking for power and handling. The trouble with most city cars is the lack of oomph out on the motorway. Yes, they’re built for the small, crowded roads, but if you do take a motorway trip, they can feel out of their depth. 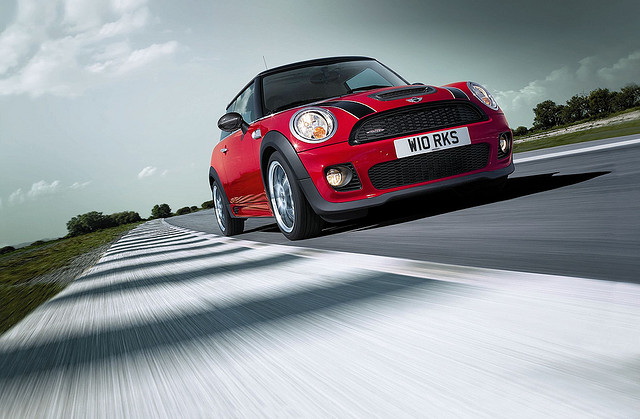 Today we’re bringing together a list of cars that walk this fine tightrope with grace. The cars on this list are super practical and very cheap to run. Their environmental credentials are excellent, delivering fantastic mileage. We’ve also tried to include cars that are fun to drive. They’re nippy, responsive and exciting. Without further ado, let’s dive into our list of contenders.

You can’t go wrong when you opt for the country’s best-selling car. The Fiesta is veteran of the industry, selling more than any other vehicle for nearly ten years running. There’s a good reason for this too. The Fiesta is the perfect combination of economy, affordability, and fun. Quite simply, nothing else on this list is as exciting to drive. If you’ve got the extra cash, it’s well worth upgrading to the ST engine. It is a phenomenal beast and a future classic if you ask us. Of course, you’ll find plenty of Fiestas on the used hatchback market too.

The Fiat 500 is an iconic small city car. The design is legendary, though it does tend to divide opinion! For what it’s worth, we think it’s stylish and exciting. It’s built for the winding Italian roads, so it is more than capable of handling any city environment. It’s cheap to run, though the initial price is a little higher than its competitors. The reason is its iconic look, and it still outsells most of its rivals.

While we’re on the subject of classic remakes, let’s take a look at the Mini Cooper. The reissue of the Mini in 2001 is the most successful relaunch in the history of motoring. Much like the Fiat 500, it splits opinion in the car community. Many loved the throwback design and modern styling. Others bemoaned the larger size and new shape. The general public, however, love it. It has become a supreme best seller around the world. It’s also the only car on the list that comes close to matching the Fiesta for sheer drivability. It’s the most technologically advanced too. The Mini is extremely fun to throw around the corners. It doesn’t feel out of its depth on the motorway either.

Volkswagen has a long history of producing fine hatchbacks. In fact, they were the first to introduce the idea of ‘hot hatchbacks’. Before the Golf GTi, no car had ever mixed power and practicality in quite the same way. It set a future trend and changed the face of motoring. We couldn’t possibly create a list of hatchbacks without including them. So, we’re including two! Both the Polo and the Golf are excellent models. The Golf is a little more expensive and has a more powerful engine.

The Vauxhall comes in second on the best-selling cars list. Slotting in just behind the Ford Fiesta, it is a worthy runner-up. It’s not quite as fun or exciting as the Ford. However, it has one big advantage: its fuel economy. The Corsa will reach over 60mpg which is – by far – the best in class here. It’s fairly comfortable to drive and spacious enough for a small family. It’s practical and affordable. What more could we ask for?

At the budget end of the market, you’ll find a few brilliant hidden gems. The Kia Rio is one such diamond in the rough. Over the last five years, Kia have really come into their own as a car manufacturer. The Rio is one of their leading small models and it’s a great small car to drive. It sips petrol at a sensible rate and feels solid at high speeds too. All-in-all, a great small city car.

Choosing the perfect hatchback isn’t easy. Our advice is to take one of these cars out for a test-drive and see which gets your heart racing. Good luck!

January 27, 2021, No Comments on Helpful Facts for the Novice Diesel Engine Owner

December 29, 2020, Comments Off on What You Need To Know About Truck Driving Careers

December 22, 2020, Comments Off on The Benefits of Managed IT Services
Latest tweets
Tweets by @Technogies1