The Tata Nano is the cheapest passenger car in the world. Launched in 2008 the car has a fairly good international market also. Due to some unnecessary adverse publicity the sales of the car in the Indian market have dropped in the last couple of years. The 4-seater Nano has been given a facelift recently. The refreshed model the Nano GenX has been launched on 19thMay 2015. 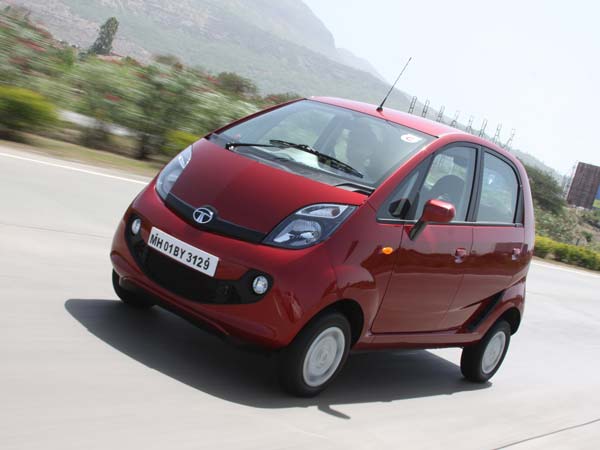 The Tata Nano GenX comes in 5 petrol variants priced Rupees 1.99 to 2.89 lakh with two of the variants having automatic transmissions. Another model of the car the Twist Active is yet to be launched. Now to make the Nano more competitive the Tata Motors Limited (TML) is planning to introduce a diesel Nano.

The TML has been working on the diesel version of the Nano for quite some time. They want it to be the most fuel efficient city car and will be based on the Twist Active. But the increase in the diesel prices has caused a delay in the launching of the car. It is expected that the Nano Diesel will be launched early next year at a price of Rupees 2.4 to 3.5 lakh.

The TML wants to make the Nano diesel the most fuel efficient city car. An 800 cc engine with 42 ps power and 72 NM torque is being developed in collaboration with the Bosch and the Castrol. The engine will be able to give mileages of 30 kmpl conforming to BSIV emission norms. A Bosch designed fuel system and a Honey well turbocharger is expected on the Nano Diesel. The transmission will be 5 speed manual or automatic and the maximum expected speed of the car will be 105 kmph.

The body of the Nano Diesel is expected to be on the lines of the Nano GenX with a smiling grille at the forward, round fog lamps, the black surrounds on the head lamps, a rear spoiler and a boot which is accessible through an operable hatch to carry more cargo. There will be new colours for the fabric upholstery, wooden inserts on the dash board, and an LED gauge for fuel inside the cabin.

The Nano Diesel when launched will have to face competition from mostly the petrol cars like the Hyundai Eon, the Chevrolet Spark and the Maruti Alto.

For more information on new cars & bikes log on to Cars expert & Bikeportal.in