HTC – the Taiwanese Android smartphone manufacturer has recently announced its latest squeezable handset with the seventh generation Android Nougat operating system, dubbed as the HTC U11. And now the company has just announced that it will update its devices to the new operating system “Android 8 Oreo” by the end of the year. The company claimed that the HTC U11 will get Android 8 Oreo update firstly, and then Oreo will also come to HTC U Ultra and HTC 10 as well. 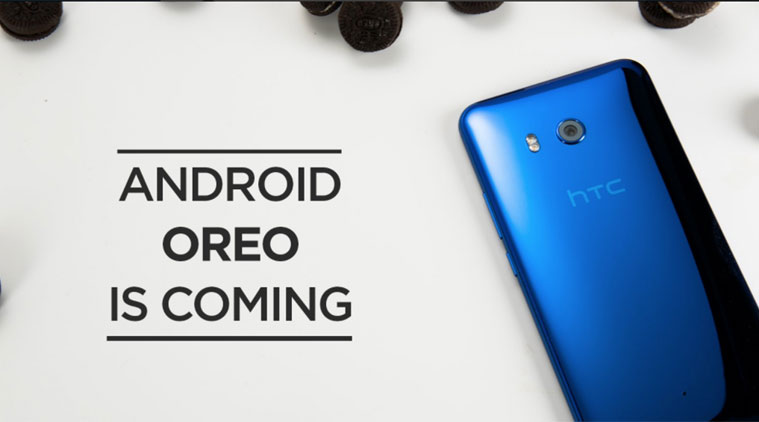 Let us take a quick review of HTC U11 smartphone. As for refresh, the smartphone features 5.5 inches Super LCD5 capacitive touchscreen display, which carries the support for 1440 x 2560 pixels at 534 ppi pixel density. The phone is protected by the Corning Gorilla Glass 5 that prevents your phone’s screen from being damaged. Currently, the smartphone runs on the Android 7.1 Nougat operating system and the company has planned to update it with Android Oreo very soon, as I mentioned above.

The smartphone is powered by the Qualcomm MSM8998 Snapdragon 835 octa core processor and coupled with Adreno 540 graphic processor. The phone comes in two storage variants; either a 4GB of RAM along with 64GB of storage or 6GB of RAM plus hefty 128GB of internal storage. The phone also comes with the support for MicroSD card slot for storage expansion up to 256GB.

On the camera front, the phone has a 12-megapixel rear camera with f/1.7 aperture, phase detection autofocus, OIS, and dual LED flash.  For selfies, there is a 16-megapixel front facing camera with f/2.0 aperture. To power the device, there is a Non-removable Li-Ion 3000 mAh battery buried inside the U11 phone with the support for Quick Charge 3.0 fast battery charging technology. The phone is available in various color options, namely Sapphire Blue, Amazing Silver, Brilliant Black, Ice White, and Solar Red.