Vayyar Imaging, a San Francisco-based 3D-imaging sensor company, launched a new toy that, at the very least, will become the favorite tool of every home remodeler. The new WalabotDIY is a 3D imaging tool that offers consumers the chance to enjoy a ‘Superman vision’ when it comes to tackling home renovation projects, construction and DIY tasks.

WalabotDIY is a compact sensor unit which attaches to the back of Android phones using a magnetic mount. Once it is attached, the sensor communicates with a  Google Play through a USB on-the-go cable, meaning it’s not compatible with anything from the Apple stable.

This will let users detect electric pipes, metal wires and studs plastered inside the wall with relative ease. You can then visualize the actual location of the pipes and wires through a connected Android smartphone. 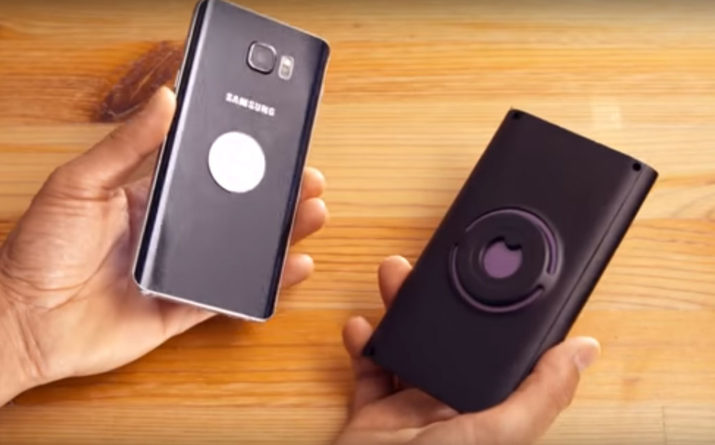 There are two different modes available, one which simplifies the raw data and displays a simple purple outline of the obstacle to make the info easier to grasp for amateur renovators.

Users craving a bit more detail can run the app in raw data mode, that provides a more in-depth picture of what’s going on behind the wall. In this mode users are able to view the movement, making it useful for tracking rodents or leaking pipes without cracking the walls open.

For convenience sake, the WalabotDIY can attach to the back of the smartphone so that both the devices can be used in tandem. Also, the usual stud sensor would be require you to read through an array of blinking LED’s but the WalabotDIY is more graphic, it shows the objects orientation and what material it might be made up of.

Pricing for the WalabotDIY starts at US$299, that making it similar in price to high-end stud finders. Buyers who are early to the party can lock one for $199, which could be the good value considering the cost of damaging a pipe or wire in your wall.
https://youtu.be/vuFC6cGgjHM