Samsung Electronics did not use Mobile World Congress MWC to launch its latest flagship smartphones, but that does not mean that the South Korean tech giant kept quiet at the show. In fact, it did quite the opposite with the announcement of not one, but two new Android tablets, one of which is the Samsung Galaxy Tab S3. It is the first HDR tablet, stylishly designed with advanced computing technology offering a premium mobile experience. 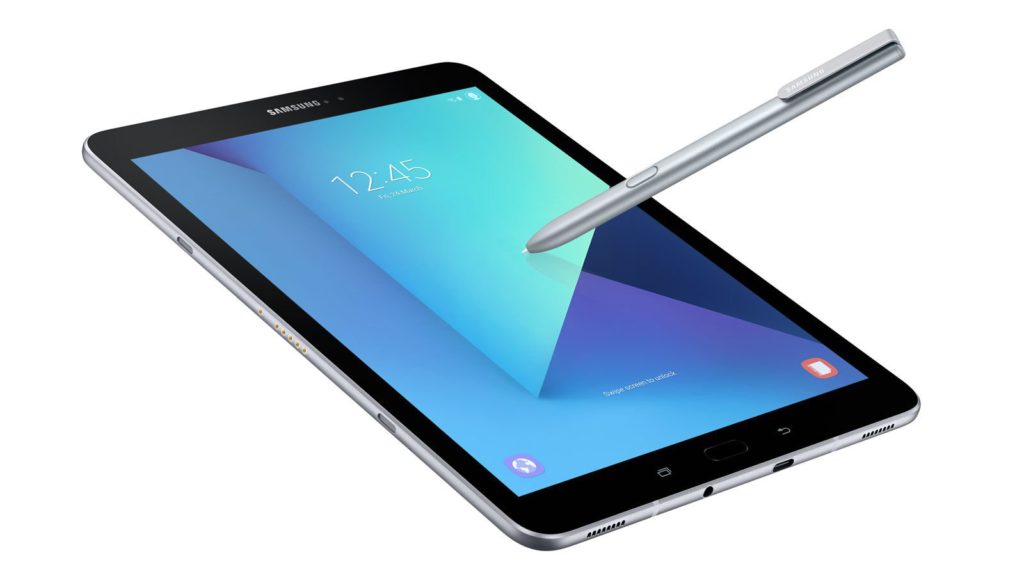 When it comes to design, the newly arrived tablet follows in a similar path to its predecessor. But there are some changes here and there, but like its predecessor Tab 2, the new tablet has a premium design with an all-metal body. The previous one feature rounded corners, a slim build, rear camera in the center at the top of the back and a fingerprint sensor within the home button on the front of the device, and the new one Galaxy Tab S3 follows suit.

The tablet features a 9.7 inch display with the screen resolution of 2048 × 1536 pixels. The super AMOLED display supports 4K video playback and it is also features a High Dynamic Range (HDR), supporting video playback of HDR content.

The tablet runs on the latest generation Android 7.0 Nougat operating system. And it is powered by the Qualcomm Snapdragon 820 quad core processor coupled with Adreno 530 graphic processor. In terms of memory and storage, the tablet is equipped with high speed 4GB RAM along with 32GB of built-in storage that can be expanded up to 256GB via MicroSD card.

The tablet comes with S Pen which refined for the Tab S3, offering a smaller 0.7mm tip and increased sensitivity. The S Pen includes a number of features, such as Screen Off Memo for jotting down notes when the display is off as well as PDF Annotation and advanced drawing tools. The tablet is also featuring a Samsung Smart Switch, Samsung Notes, Air Command and Samsung Flow.

For the photography, the Galaxy Tab S3 comes with a 13 megapixel rear camera featuring autofocus and a flash, while on the front, there is a 5 megapixel front facing camera for selfies and video calling.

The tablet boasts a massive 6,000mAh non-removable battery with the support of fast charging feature. The tablet will available in two color options: Black and White.

Pre-orders start for the Samsung Galaxy Tab S3 at BestBuy, Amazon, and Samsung’s own website, and the device will be in stores on Friday, March 24th.