Google has rolled out a new version of its most powerful Android build yet – Android 7.1.2 Nougat. While that sounds really interesting, devices that will be receiving the update include Pixel XL, Pixel, Pixel C, Nexus 5X, Nexus 6P, and Nexus Player. This update should be rolled out for all the Android-powered smartphones in the coming days.

Notably, the first Android 7.1.2 beta was released in January this year followed by a second beta roll out in March. Now, the final 7.1.2 update has started seeding out to users outside the beta program. 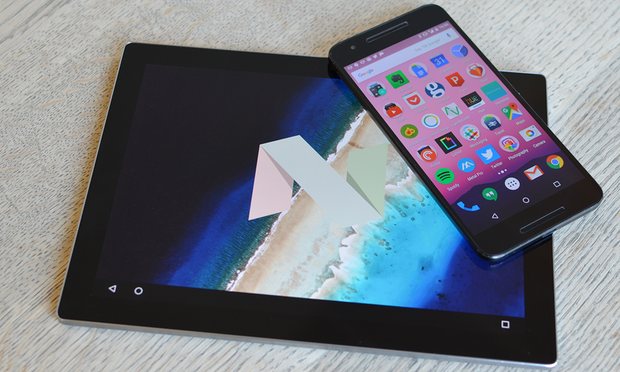 On other hand, this latest 7.1.2 update is bringing some enhancements with it. To elaborate, the Android 7.1.2 Nougat update brings Google’s April security patch with the improvements for the speed optimization, several bug fixes, as well as other upgrades. Besides, this is a minor changes and there are no major OS design changes.

The final 7.1.2 update also improves fingerprint swipe performance as well as Bluetooth connectivity improvement, and also fixes an issue to do with pink bands appearing on the camera screen as well as the audio popping issue some users were experiencing at high volumes.

Although, the 71.1 update weighs around 340MB, it’s a minor one in terms of the features. Other than these, some of the new features introduced by 7.1.2 update are a battery usage list, Google Pixel’s fingerprint scanner gesture for the Nexus 6P and Nexus 5X and the Pixel Launcher for Pixel C.

Importantly, Bad news for the owners of Nexus 9 and Nexus 6, though. It seems that Google is not budging from its unspoken stance that neither of these will get any Android 7.1.x version. In fact, Nexus 6 was ‘rolled back’ from 7.1.1 to 7.0, causing no small amount of consternation among users.