Xiaomi launched Mi5c smartphone with its in-house chipset ‘Surge S1’ making it the fourth smartphone manufacturer in the world to create an in-house chipset. Xiaomi’s first SoC chipset and its bid to reduce its reliance on industry suppliers like Qualcomm, and build customization and differentiation into its phones. That is important because 2016 was not a great year for the company, it stopped to providing annual shipment numbers amid reports that sales had dropped below the 70 million-plus it sold in 2015. Xiaomi thinks a new strategy, which includes designing its own silicon — something only Samsung, Huawei and Apple currently do — and growing its offline retail presence can turn things around. 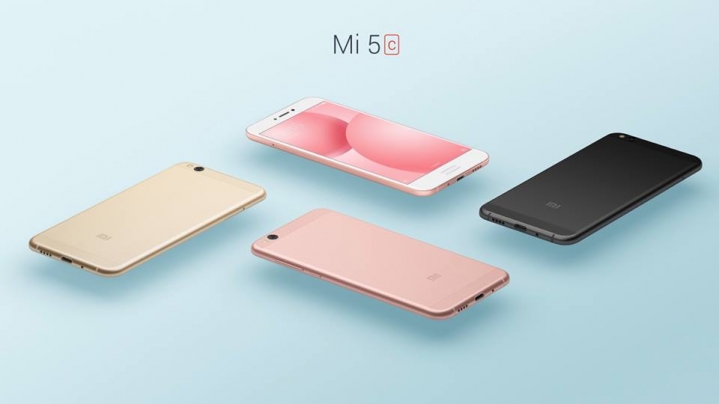 The Mi5c is a mid-range, high-performance Android smartphone that measures 144.38 x 69.68×7.09mm and weighs 135 grams. This Android phone shows off a sleek and minimalistic form factor defined by its unibody structure, smooth sides and ultra-thin design. Meanwhile, it lightweight design and matte finish enable it to deliver a comfortable and firm grip. Three gorgeous color options enable it to match different aesthetic tastes.

Xiaomi Mi5c will be available for ¥1,499 (approx US$218), but detailed release date has not been unveiled.