Power banks are wonderful for the ones instances we need to live juiced up when we’re out and about. However what about remembering to charge them prior to having to apply them? Most power banks available require a few hours as a minimum to get a significant percent of battery recharged. What if I advised you there’s a bank bank popping out quickly that simplest takes 20 mins to charge? It’s referred to as Apollo and it’s presently being funded on Kickstarter and trending fast having already quadrupled their improve aim in under two weeks.

The Apollo is a powerful and portable power bank that measures approx 105 x 66 x 8mm. As shown in the images, the USB-C charger sports a low-profile, elegant appearance design, and the compact form factor allows you to easily store it in your bag for mobile charging. 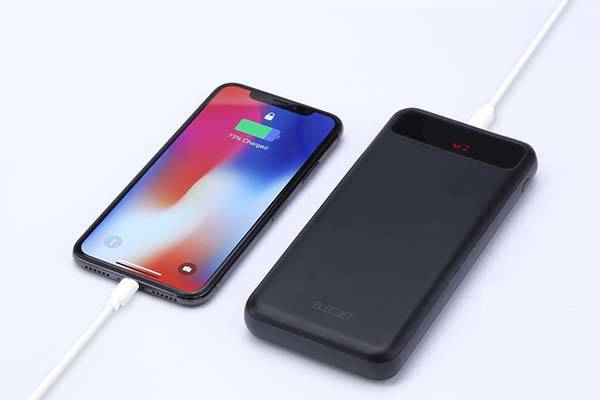 Unlike any portable power bank with lithium battery, the USB-C PD power bank comes equipped with 6000mAh graphene composite battery battery, which means it can be fully recharged in 20-25 minutes with an included 60W PD adapter or in 35-35 minutes with an optional 45W PD wall charger. Furthermore, the graphene battery has better conductivity and much smaller internal resistance, so it’s more stable and safer during super fast charging. In addition to a USB-C PD port, the portable charger also has two USB ports, and one of the two supports Quick Charge 3.0 technology for those compatible mobile devices.

The team behind the Apollo has raised enough fund for the product via Kickstarter. We can pledge $69 / $89 to preorder the USB-C PD power bank with a 45W or 60W PD adapter. Both packs will be shipped in April 2018.