Oil is one of the most expensive materials on Earth, which is why it’s often called black gold. The process of digging it up, processing it, and transporting it isn’t as simple as one might think.

Read on to learn how oil is collected, prepared for consummation, and transported around the globe. 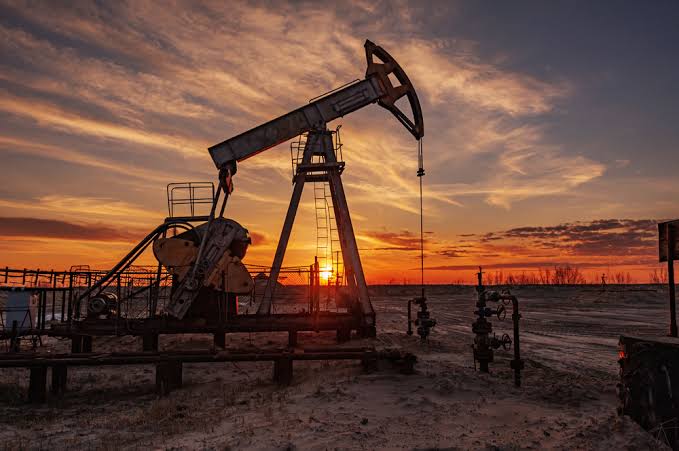 How Is Oil Pumped from Oil Wells?

Striking oil in your backyard is everyone’s dream, but getting it out of that well isn’t as easy as it seems. One thing is sure, though – wherever there’s oil, you’ll always find pumps. This pump is an artificial lift for oil and gas, pulling it out from the ground. They’re called pumpjacks, easily recognizable because of the arms pumping up and down.
These pumpjacks are powered by an engine (often gas-powered – which essentially means that a gas-powered engine pumps its own fuel), and the arms pump a very long rod into the ground.
As that rod moves into the ground, a valve on the bottom opens and fills up with whatever is found under the ground (water and gas often accompany oil). The valve closes up when the rod starts moving upwards, and this cycle is repeated until the well is completely depleted.

How Is Oil Processed into Gasoline?

The gasoline you’re filling your car with isn’t oil in its original form but rather a refined version of it. Oil processing is formally known as oil refining, and it is the most important part of the whole oiling procedure. Without it, we wouldn’t be able to power machines (as most machines can’t run on pure oil).

After that separation, they’re further heated or pressurized, while certain chemicals are added to different fuels. Ultimately, we’re left with gasoline, kerosene, diesel, asphalt, and other derivates.

What Are the Most Common Oil Products?

The most universally known oil products are gasoline and diesel – they’re most often used as fuel for vehicles. These products are often enriched with various additives and compounds to burn more efficiently (and save money) and reduce harmful emissions.

Kerosene is mostly used as aviation fuel and is a highly flammable oil product (possibly the most easily flammable out of all products).

Many people forget that asphalt is also an oil product, but it’s usually a byproduct, and it’s worth much less than fuels.

Natural gases, such as propane, butane, and propylene, are also oil products, and we most often use them to power ovens, BBQs, and stoves.

Lastly, there’s plenty of sulfur in oil, which is separated and mostly used in the pharmaceutical industry.

How is Oil Transported?

Oil is usually transported twice. It’s firstly transported after being collected – after which it is stored and refined. After refining, it’s transported for the second time in its processed state, reaching the customers.

Raw oil is often transported via pipelines, LNG tankers, and railroads.
Oil tankers are ships with special adaptations made for transporting hazardous materials – particularly flammable materials such as oil. There are oil tankers made to transport of crude and raw oil and for transportation of refined products such as gas or gasoline.

LNG stands for liquefied natural gas. Since gas is highly vulnerable to pressure and explosions, it’s difficult to transport it on tankers. However, it can be safely transported when it’s turned into a liquid (which can be done at very low temperatures). LNG tankers are specialized for the transport of liquified gasses.

Railroads were more important a hundred years ago than they are now, as pipelines have proven to be more effective than them. Although they’re more expensive, railroads already exist, and the logic behind that form of transport is ‘if they’re already there, why not use them? They also provide oil refineries with alternative transport routes.