For hundreds of years, business owners used paper to create their most important documents. During the last two decades, the corporate world has changed beyond all recognition. That is thanks to the introduction of new technology. In this post, we’re going to mention some of the most impressive devices. Some of them have revolutionised the way in which people make money today. We do that in the hope of highlighting how much has altered since computers and other digital technology have made their way into the markets. 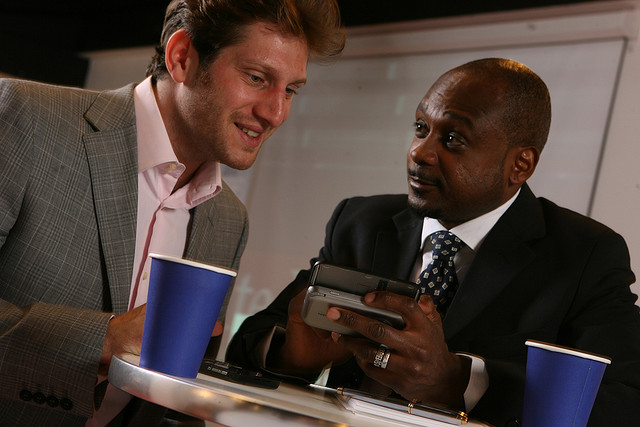 There are many things that cloud computing has improved. For instance, it has allowed business owners to access all their most important files from anywhere in the world. On top of that, it offers increased security to stop hackers from stealing information. Without cloud computing, we would still find ourselves in a situation where it is possible to lose client and customer files. That is one of the main reasons company bosses around the world are making the switch at the current time. Cloud storage services are not expensive, but they offer total peace of mind to those using them.

Anyone who was alive during the 1980s should remember the first mobile phones ever produced. They were huge, heavy, and unreliable. Thankfully, that has changed, and now everyone has a functional smartphone in their pocket. Those devices allow business owners to access the internet and check their emails on the move. They also have lots of other applications. Without smartphones, company bosses would find it much more difficult to keep their finger on the pulse.

Yes, that’s right folks. The internet has played a big role in pushing the business world forward since the mid-1990s. Most companies now have a website that allows them to sell to customers and clients around the world. Before the internet was here, the only way to reach those people was through the use of traditional advertising. That could be very expensive. So, most small business owners never expanded into alternative markets. Will the internet continue to evolve and offer more to the business world in the future? Almost certainly.

It might sound a little strange, but we think CCTV has changed the business world for the better. Before company bosses had cameras recording their premises, it was much easier for thieves to take advantage. These days, stealing from a business simply doesn’t make sense because they know they will be caught quickly. CCTV has advanced to the stage where some systems use facial recognition technology. Alongside that, the HD recording facilities provide a much clearer picture of the culprit. So, the police find it easier to secure a conviction.

Can we expect to see more technological advancements in the business world during the next few years? You can bet your bottom dollar on that! What benefits will those advancements bring? Well, that remains to be seen. The only thing we know for certain is that tech engineers are working around the clock to come up with the next winning concept.