Driving isn’t just something we do out of necessity. While it’s vital to get us from A to B, many of us also enjoy it and enjoy the vehicles we travel around in. 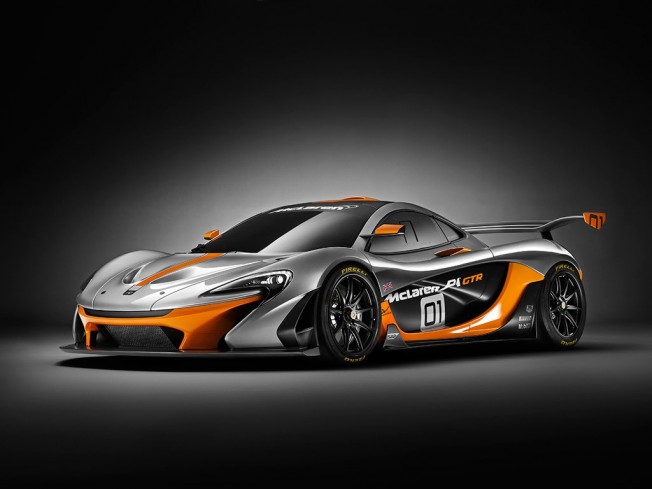 One of the most important lessons you pick up while learning to drive and practising for the theory test is how to control your vehicle safely, especially when it comes to speed. This will come in particularly handy once you make your first million and decide to upgrade from your rusty old runaround with low insurance costs to a nifty supercar. If you’re already at that stage, and you’re looking for something suitable to get you from your private jet landing-strip to the dock where your mega-yacht is waiting, then you might want to have a look through this list of the best supercars on the market for 2016. If not, well, it doesn’t harm to dream eh?

What makes a truly great supercar? High performance, style and grace, an eye-watering price tag? The feeling of raw power under your seat? Whatever it is, the P1 GTR has it in spades. Coming in at a whopping £1.9 million, this motor has the capacity to redefine the concept of speed. A lower body mass – much of the interior trim and noise reduction materials have been discarded so you really get to experience the engine’s roar – is combined with a carbon fibre engine cover and roof panel, and smarter aerodynamics. While the price is going to put off all but the most power-hungry millionaire playboys, note that you are able to call on a pit crew and driver training team, who are at your disposal to help you handle the reins of this 986HP beast.

What a name for a start. Aston Martin has always had a sterling reputation for craftsmanship and the Vanquish, while perhaps not the most attention-grabbing supercar on this list, certainly looks the part. A sleek, aggressive design stirs the soul, and it performs even better. The Vanquish is capable of hitting top speeds of 200mph, care of a V12 engine, carbon fibre bodywork and an eight-speed auto gearbox. Tasty.

At the more affordable end of the scale, boasting a pricetag of £64,000 or so, the Porsche Cayman comes of age with the GT4 version. It handles like a dream, thanks to electrically-assisted steering and good balance. You’ve got a larger engine, and stronger suspension, yet the GT4 weighs less than a Cayman 5, meaning it can cover 0-60 in about four seconds. There’s the option of carbon-ceramic brakes and, presumably, your choice of colours. And don’t worry about not being noticed – the chunky sports exhaust system lets people know you’re coming.

…or the Gran TurismoBerlinetta, to give it its full title. This turbocharged, seven-geared entry to the lineup is a little beaut, with a great sense of balance and impressive responsiveness that give it great cornering abilities. The 488 GTB is capable of attaining spine-chilling speeds – precision-engineered to reach speeds upwards of 200mph – whether you’re on the road or on the track, drawing heavily on Ferrari’s legendary racing heritage.

No list of supercars could possibly be complete without a Lambo somewhere in the mix, and the Huracan LP610-4 Avio makes ours. While it’s fair to say it’s probably not going to make history, it is certainly raising a few eyebrows. The car is closely linked to Italy’s aviation heritage, with a colour range inspired by the coasts of arms of the Italian Air Force Academy. A lightweight design is coupled with a seven-speed gearbox and electronic AWD drive system for control. It’s a bull market for sure.

Proudly bearing the Made in Britain stamp, the Arash musters over 2000bhp, and the team behind it think it could hit 0-60 in under 3 seconds.  Think is the operative word here because, by the time of the Geneva Motor Show, the hybrid powertrain wasn’t yet fitted, so all estimates must come from Arash calculations and their own computer simulations. Whatever though, it looks like a goodie and Arash has a good reputation to sell from. Priced at over £1 million for the road version, the track car comes with a handy roll cage and fire extinguisher – which is nice.