Technology in vehicles does more than make our lives easier. It might just save our lives — especially teen lives. Car manufacturers are wising up to the idea that teenagers behind the wheel are an inherently dangerous thing. They have virtually no experience driving, and their judgment is less than perfect.

It’s why, according to Sawaya Law Firm Thornton, a car accident and personal injury lawyer, car crashes are the number one cause of death among teens. But, it doesn’t have to be that way. 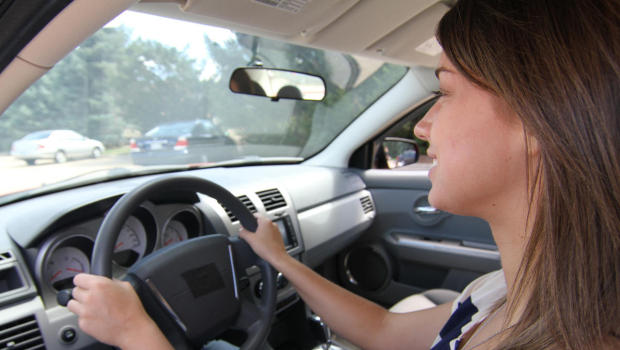 Why It’s So Dangerous

It’s easy to forget that vehicles are mostly a huge gasoline tank and an engine, wrapped in sheet metal and plastic, hurling down the road at ungodly speeds — ungodly for a frail human body.

For teenagers, it’s pretty scary. Car crashes kill more young people than cancer, homicide, and suicide — combined. This, according to AAA. In fact, it’s the number one killer of teens in the U.S.

What Auto Manufacturers Are Doing

Leading car manufacturers, like Ford, General Motors, Hyundai, and Mercedes-Benz are implementing new technologies to help parents and teens be safer out there on the road. They’re installing everything from speed monitoring systems to radio-blocking features.

Ford MyKey, for example, reminds teens to buckle up by muting the radio until they’ve clicked themselves in their seat. Another message on the instrument panel reminds them.

If your teen has a lead foot, a speed alert chimes in at 45, 55, and 65 MPH to prompt them to slow down. You also have the option to limit top speed to 80MPH as well.

The system includes a Do Not Disturb feature, too. It helps you block incoming calls and text messages when phones are equipped with Ford SYNC. There’s no added cost for the MyKey system, which is good on the pocketbook.

GM launched its own service, Family Link, which is a service of OnStar, which helps subscribers find their vehicle and gives location alerts. You can log into a website to check where your car is, and set up email and text message notifications so you know where the vehicle is located. It does cost extra for this service, however.

Hyundai BlueLink offers several safeguards for teens. For starters, there’s a speed notification feature, and geographic parameters you can set for your teen driver. You can also set a curfew alert. If any of the rules are broken, you get an email or text. It also comes with other features, like roadside assistance. All this costs a modest $179 per year.

Mercedes-Benz mbrace2 telematics includes a special geofence option, so you set a perimeter for your teen. If they drive outside of that perimeter, you get a text alert or email. Another feature is Safe Ride. If your teen finds themselves in a position where they’re unable to drive, mbrace2 can help them contact you or someone else (like a taxi service) so they can get home safely.

Jade Perkins is a stay at home Mom whose eldest daughter has just hit the age where she can learn to drive. A nerve-wracking time! Jade has been researching how to keep her daughter safe in the car and shares her findings online.