GMC recently released photos of a new design for their upcoming 2017 Sierra Denali 2500HD reveal that it has an modernize front end design featuring a functional hood scoop above the grille. The hood scoop is part of a new air intake system on the 2500 and 3500 models which GM says provides lower engine temperatures, especially in heavy duty applications such as hauling.

GM says the hood scoop provides 60% of the cool air pulled into the engine while an air filter housing in front of the fenders provides the remaining 40%. Air from the two inputs blends and is funneled into the Duramax engine’s combustion chambers. A ram-air is effect when the truck is traveling at highway speed packs even more air into the engine. 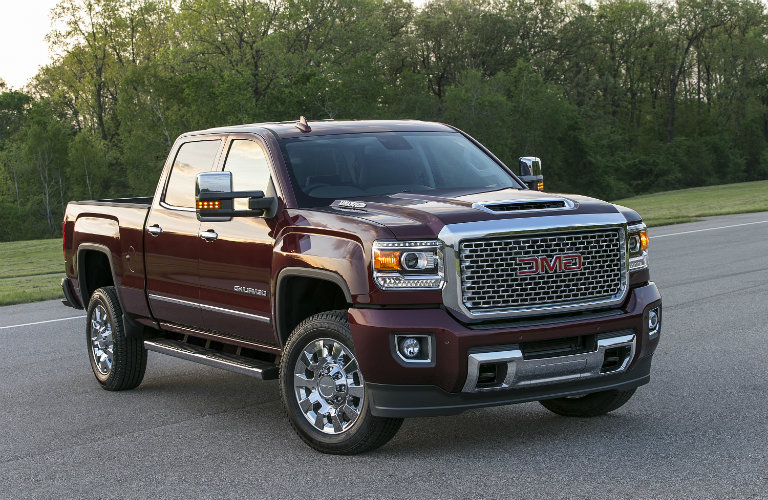 GMC won’t yet say what it’s for, only that it hints at what’s on the other side of it. According to the badges on hood, that would be a Duramax turbodiesel engine, like the current model uses, but the extra intake suggests a more powerful version which needs more air to feed or cool it.

The GMC Sierra HD and its Silverado HD cousin have fallen behind the competition in the recent years, their 765 lb-ft of torque far short of the Ford F-250’s 860 lb-ft and the Ram 2500’s bonkers 900 lb-ft. With an all-new F-250 also coming later this year with ‘the best towing power,’ according to the Ford, GMC is no doubt looking to close the gap.