Porsche is a German car maker and is one of the most recognized names when it comes to cars with great performances. The 2017 Porsche 718 Boxster has now taken its first drive where changes have been noted. While others look forward to the changes, others wonder if these are for better or not.

At the heart of the 2017 model lineup is a new developed, single turbocharged flat four-cylinder engine cylinder with gasoline direct injection and Porsche’s Vario PlusCam. The Boxster’s boost is 19psi. The 718 Porsche Boxster draws it motive force from a 2.0-lit version. That produces 300hp at 6,500 rpm while generating 280 pound feet of torque in a range from 1,950-4,500 rpm. The 718 Porsche Boxster S is propelled by a 2.5-lit version of the same basic engine with gasoline direct injection and variable turbine geometry (VTG). Boost is 16 psi that delivers an additional 50 horses (350) at 6,500 rpm. While developing 309 pound feet of the torque from 1,900-4,500 rpm. 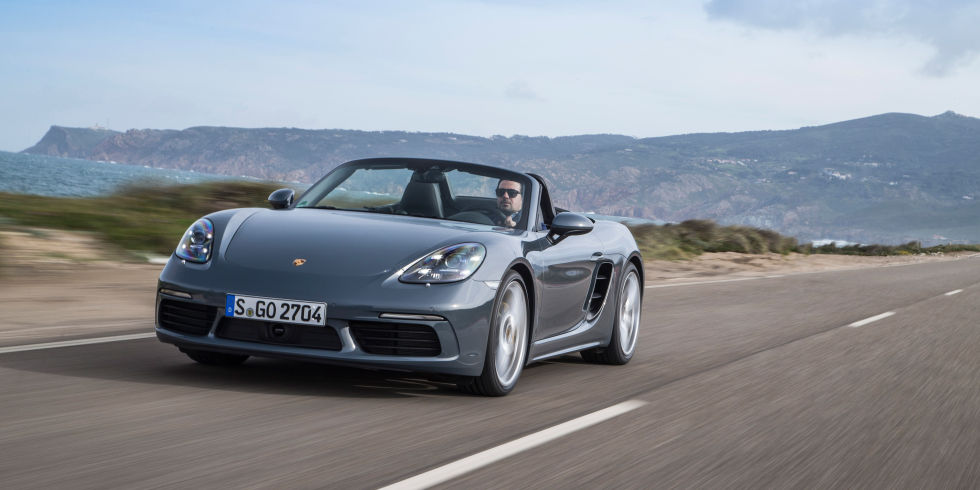 Porsche is the only manufacturer to use VTG technology in the gasoline-fueled production models – in the 911 Turbo, the 718 Cayman S and the 718 Boxster S. These new engines develop 35 more horsepower over those of previous Boxster.

Despite being a new entrant, the 2017 Porsche 718 Boxster still a product from the renowned automaker and its price tag starts at $53,900. One other hand, the 2017 Porsche 718 Boxster S has a price of $68,400. With more trims added, the price also goes higher. With all opt included, the price can reach up to $94,310. Of course, it would be up to the buyer whether or not they’d be willing and if they’re comfortable enough to spend more money on trims.