NASA’s LADEE ran out of fuel and crashed into the lunar surface in 2014, but not before it collected the data needed to answer some decades-old questions about the moon. One of those is confirming that our natural satellite’s atmosphere contains neon the same gas used to light up signs in Vegas. Astronomers have been speculating about its presence since the Apollo missions 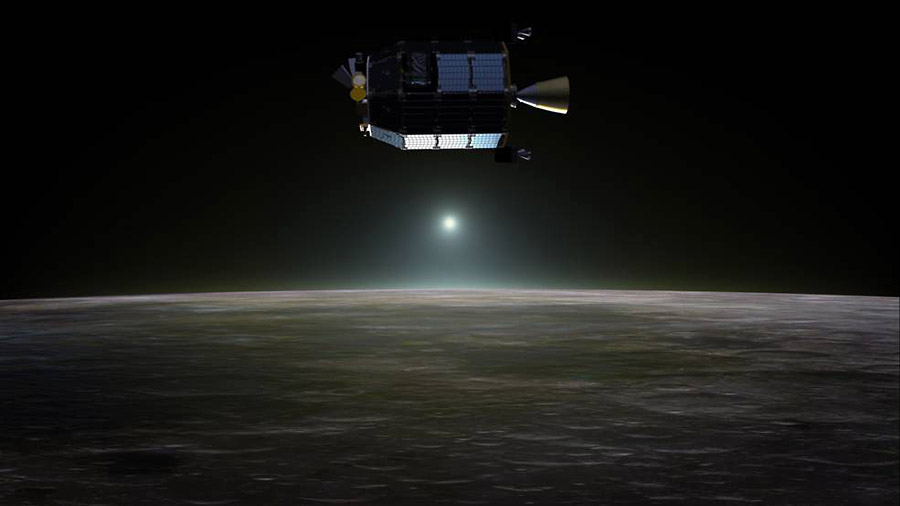 LADEE’s data shows, nonetheless, that some of the gases in the exosphere come from the moon itself. The decay of radioactive potassium-40 found in lunar rocks gives rise to argon, while thorium and uranium produce helium. NMS has thus proven that the lunar exosphere is composed mostly of helium, argon and neon.

Their main source is solar winds, and they fluctuate over time, as well as exhibit peak times throughout the day. Neon gas is commonly used in electric signs on Earth because of its intense glow. Scientists have speculated on the presence of neon in the lunar atmosphere for decades. There isn’t enough neon to make the moon visibly glow because the moon’s atmosphere is extremely tenuous, about 100 trillion times less dense than Earth’s atmosphere at sea level.

Astronomers have been speculating about its presence since the Apollo missions, and now LADEE’s Neutral Mass Spectrometer (NMS) instrument has proven that it exists. It is even relatively abundant, though the moon’s atmosphere is too thin it is actually called “exosphere” due to that reason to turn it into a glowing orb in the sky.

The spacecraft conducted systematic measurements of these gases for seven months, which allowed the team to understand how these gases are supplied to the exosphere, and how they are ultimately lost. A dense atmosphere like Earth’s is relatively rare in our solar system because an object has to be sufficiently massive to have enough gravity to hold onto it.