Ride-sharing company, Uber technologies is now looking to take to the skies and unveiled its plans for flying taxi service in Dallas, Dubai and Texas by 2020. Like Uber’s ride-sharing service, the company sees flying taxi service as being starting human piloted but later independent as the technology and FAA approval permits. The flying taxis would be electric aircraft, have vertical takeoff and landing (VTOL) capability, according to the presentation. You can also review Uber’s other services at http://autoxpedia.com.

As with longer-distance flights, the advantage of flying taxis would be low travel times. Flying taxis would cut down the time travelling between San Francisco’s Marina to downtown San Jose to fifteen minutes, other than with the more than two hours it takes by road, Uber estimates. 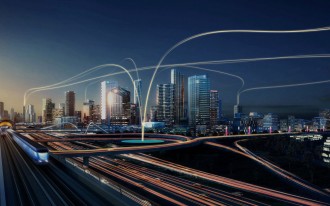 Here is the most exciting part: It will not actually be that expensive. According to the Uber’s modeling, the price of a single trip in a flying taxi could be as little as $1.32 per customer. That is roughly what you would pay with UberX.

Whether they are quad copters, helicopters, or space-age airplanes, all the craft will have to be capable of vertical takeoff and landing, also called VTOL, in order to fit into mini-airports, known as vertiports, spread in cities. They would be quiet enough to land and take off near offices and homes without driving people crazy.

As with driverless cars, there is no shortage of rivalry. The aerospace giant, Airbus has introduced two different vertical take-off and landing (VTOL) concept vehicles and is said to be planning an initial test flight before the end of the year. Uber’s long-term goal is to made a network through which electric vertical takeoff and landing (VTOL) provide safe transportation and delivery services in numerous cities around the world.

Uber technologies, also made announcement last Tuesday at Uber’s Elevate Summit event, expects to use pilots along with full-scale taxi operations by the end of 2023.