The team and I could not be more pumped today. Today Surface Pro 4 and Surface Book go on sale in the US and Canada! It’s been three years exactly since we launched the first Surface and it’s really amazing how far the product family has come in that time. We’ve seen people embrace the idea of a tablet that can replace your laptop and Surface Pro has become a hit with consumers and business. 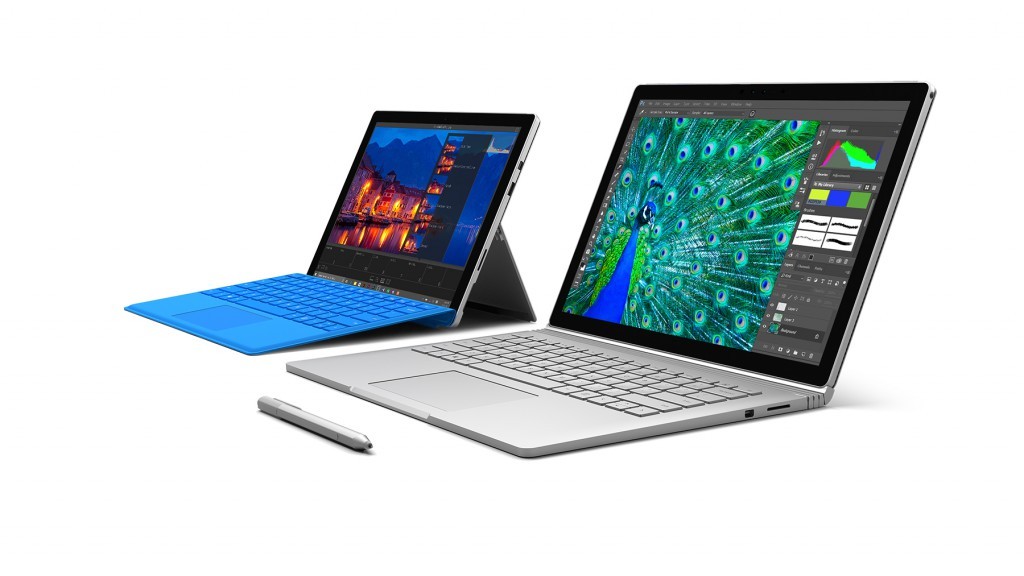 In fact, Surface Pro 4 amassed the fastest adoption rate by businesses of any Surface device to date. As a team, we took everything we learned from Surface Pro and used it to help us think about the laptop in a fundamentally new way.

Since we unveiled Surface Book on October 6th the response has blown us away. And today we get to put both of those products in people’s hands. I hope each of you gets into a store today and is able to get a device. These devices are the most productive devices on the planet.  We know that when you use them, you are going to love them.

Surface Pro 4 is the thinnest and most powerful version of the tablet that can replace your laptop.  Powered by the new 6th generation Intel® Core™ M, i5, or i7 processors, it’s 30% faster than Surface Pro 3, which was already the standard for a fully capable thin and light Windows PC.  Even with the increased performance, the new product is thinner (8.4 mm compared to 9.1mm for Pro 3), quieter, and will run cooler. Like every Surface Pro before it, it runs Windows 10 Pro and a huge array of powerful desktop software, so you’re not limited to a simplified or ‘mobile’ version of the software you depend on. This is a tablet that is designed to do serious work.

Surface Pro 4 has the same footprint that Surface Pro 3 had. While the height and width are the same, the screen size has increased from 12 inches to 12.3 inches. The screen itself has made a huge leap forward –  we created PixelSense technology to light up every one of your senses. With 5 million pixels (a 60% increase over Surface Pro 3) and contrast ratio of 1300:1, it delivers as much content as a 13” laptop, and with 267 PPI images and text both look amazing.

The depth on the screen is something you will feel as you use it. All of this improvement happens without sacrificing anything on touch and pen performance. In fact, both touch and pen performance are upgraded with an even thinner display stack and the addition of our new Microsoft Pen and Touch sensor, our G5 chip. There are now 1024 levels of pen pressure and we’ve reduced the lag between your physical pen tip and the ink being rendered by 25%.

More than half of our customers use the Surface Pen – it’s one of the things people really love about Surface.  The Surface Pen frees you to work in ways that go far beyond what a traditional keyboard and mouse allow and we made sure that it continues to be an amazing experience with a redesigned Surface Pen that will be included with every Surface Pro 4 and Surface Book.

We’ve moved the eraser back to the tail of the pen and added magnetic storage – meaning you can easily carry your pen on the side of your device. We’ll also offer a range of changeable pen tips so you can customize your writing or drawing experience. With Surface Pro 3 we introduced click-to-OneNote functionality and that’s still here. Now you can also click and hold the button on the tail of the pen to launch Cortana in Windows 10, making it easy to launch your own personal assistant to set a quick reminder or ask a question.

The ability to use your Surface as a laptop has always been essential, and the factors that make that experience great – the kickstand and the Type Cover – have both been upgraded for Surface Pro 4. The friction hinge that lets you set the product to whatever angle works best in a given situation is even better having been reengineered for tolerance.