The phrase ‘Keep it simple, stupid,’ or the KISS principal, was first coined by the US Navy in the 1960’s. The idea is that navy machinery and computer systems should be kept as simple as possible with no unnecessary peripherals to ensure that they can be maintained and fixed easily. The principal has been used by a lot of industries since then, including the IT sector. The idea of the IT department consisting of a huge pile of complex equipment that nobody really knows how to use properly is largely gone. Technology has been developed and adapted to be both affordable and accessible to the average user, and nowhere is this seen more than in advances in video conferencing technology. While initially seen as an expensive commodity used only by computer wizards, recent advances to the technology have made video conference equipment for IT departments such as Blue Jeans software as easy to use as possible and has had dramatic effects on office culture. 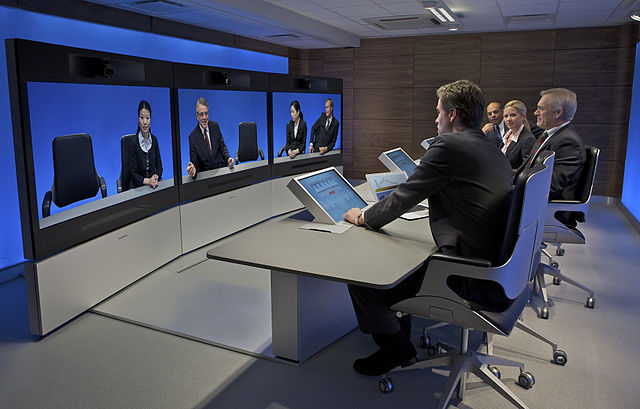 Video conferencing is largely responsible for the remote working boom, with 47 percent of the US federal government now working remotely according to their own report, with similar figures being seen in other industries and departments. The reverse effect has also happened. People started working from home more often and the need for people to work on their home computers increased. This created the need for video conferencing technology to become available on home computers rather than just meeting rooms that are equipped with specialist technology.

It wasn’t just business relations, personal relationships also saw the advantages of these advances. Anybody now can use their conferencing software to not only do business but talk to their friends and families overseas. Not only has it opened up the possibilities for more international trade and collaboration but also more international friendships and even romantic relationships.

This trend created an even greater demand for audio and visual communication on a wide variety of devices. The idea of talking to someone through video on a computer or laptop was a big leap ten or fifteen years ago. Today it can be done on any device that can send or receive audio, even smartphones. The main draw for this technology to technophobes is that it only requires a device and an internet connection.

When video conferences and remote working first started to become more commonplace, people had to sit through meetings consisting mostly of colleagues trying to figure out how to configure their software, get the right settings, or download the right update. We probably all remember the ‘I can hear you but you can’t hear me’ problem. This is demonstrated in this parody sketch released on YouTube by Tripp and Tyler. Technical problems can still happen if someone is in an area with a bad connection or is unprepared for a video conference, but these issues are quickly being eliminated as the technology develops further. This way, video conferences are seen more as a more ideal solution than a chore that people are forced to sit through.

It is not only simpler and cheaper technology which video conferencing has helped to pave the way for. Other areas of both work and personal life have been affected too. The need to travel nationally or internationally for work has been greatly decreased so people generally only have to do it if it is necessary to meet in person. This not only cuts down on company overheads but decreases carbon emissions and allows people to spend more time at home with their families instead of travelling constantly.

The traditional 9 to 5 workday, rows of soulless cubicles, office politics, overpriced coffee, and the stress of commuting have all been cut down significantly with the ability to video conference from home and many people appreciate the improved work/life balance. Young people growing up and entering the work place are now seeing it more as the norm rather than the exception that only the lucky few could have. After a rocky recession that greatly affected youth unemployment worldwide, this trend opens up young people’s job prospects more and gives them a chance at getting their foot on the ladder of their chosen industry, or even starting their own business.

The KISS principal has been used by the IT industry and continues to be used to develop trends such as these further and solve many more traditional work place issues. If you work in IT, always keep this principal in mind and you can ensure that your end users can make the most out of your products and your office will run smoothly. You may even be able to drastically change the way your company works for the better of everyone.