The new “Air Macbook” bothersome USB Type-C port, controversial keyboard and moderately powerful Intel Core M chip have proved a compromise too many for some people. Now that Apple has refreshed its 11- and 13-inch Macbook Air models with Intel’s 5th-Gen Broad-well processors, Intel HD Graphics 6000 and Thunderbolt 2, they are suddenly looking much more appealing even if it is a business as usual on the outside. 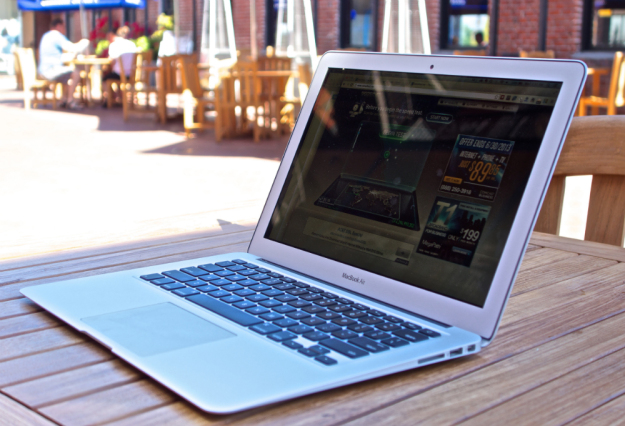 Forget about the Dell XPS 13’s physics defying Infinity Display, which is light years ahead even Apple’s 13-inch Macbook Pro with Retina, once seen as slightly tubby compared to the Air, has a smaller footprint and takes up slightly less space on your lap. If there is one drawback, it is that the aluminium body can scratch easily to leave permanent black marks, so you should consider buying a sleeve if you are going to sling it into a bag for transition. Its lid can be easily raised with a single hand and doesn’t droop in any position, and you have to press really hard to detect flex on the machine’s base or lid.

Apple has claimed that the 2015 Air’s storage is twice as fast as the 2014 version stands up. The Macbook averaged write speeds of 612.4 Mbps, and average read speeds of 1,243 Mbps, which gives the Macbook Air Macbook Pro-level storage speeds for the first time.

OS X 10.10 Yosemite is the version currently shipping with Apple’s 13-inch Macbook Air. Introducing a new colorful visual style, Yosemite marks a welcome change from the cold, grey tones of Mavericks though some have decried it as unprofessional-looking compared to its harbinger.

Macbook Air a technically better machine than its harbinger, but unless you really need those gains it is not worth the upgrade. That is particularly so in the absence of any new features – such as the Retina Macbook Pro’s Force Touch Track-pad.