Ten years ago you could ask business owners what was the main part of their company. We doubt they would have said the tech. They might have mentioned their employees. After all, they are the ones who will be associating and interacting with customers. Or, they could have spoken about their brand image. We all know how important brand recognition can be. Particularly when attempting to make a business successful. Just look at the biggest businesses on the market today. Without brand recognition, they’d be nothing. Ten years ago, business owners wouldn’t have mentioned cloud software. It didn’t exist. They might have spoken briefly about the internet, but it still wasn’t fast enough to have a real impact. Marketing online was in its infancy, and AR was an idea held in the confines of science fiction. But all that has changed. 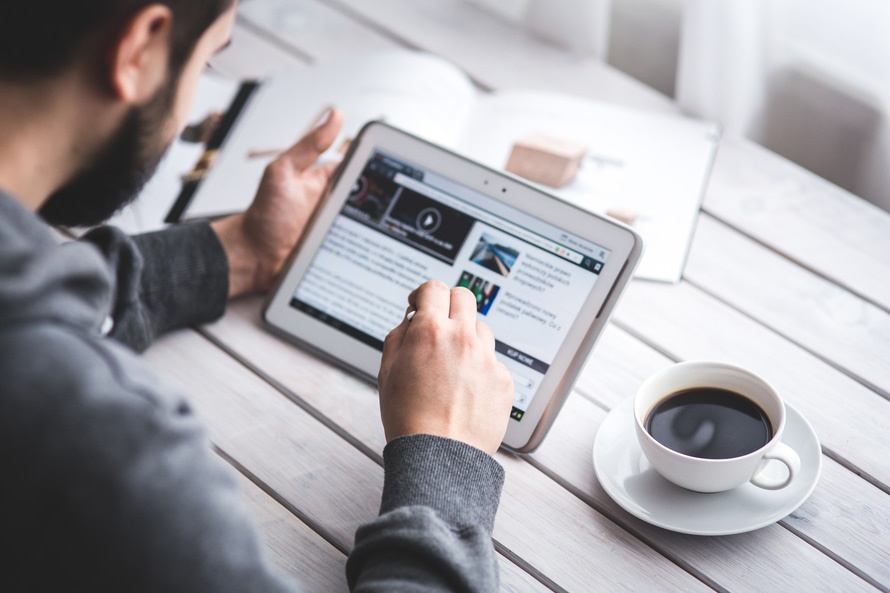 It’s true to say that a business can now be run by one person and a whole lot of technology. This is the future of the modern business industry, and it’s being shaped as we speak. Let’s look at some of the incredible ways that technology has changed the game for businesses.

In the nineties, we guarantee it had not crossed anyone’s mind to think about cyber security. No one would have realized just how much information we would be storing online. Even if they had, they never would have comprehended just how vulnerable we would be. But now, virtually all information can be found and accessed online. Everything from personal security information to business data is stored on the web. As we’ll see later down, that fact has its advantages. But it also presents one large disadvantage. Businesses are vulnerable to hacks or even system failures. If a system fails, that data could be lost forever. Or, if a business is hacked, customers could be targeted. They could lose the information that the business was storing about them. This might make them vulnerable to fraud.

While tech has provided the problem, it’s also found the solution. Now business owners can use cloud backup servers to protect their information. By doing this, they can guarantee that there is never an issue with lost data in their company. It’s the safe way to protect a business or even an entire industry. Cloud Tech is arguably the securest way to store data today. Despite apparent flaws, it’s a lot safer than storing information on a hard drive or even a USB.

But that’s not the only advance in tech security recently. Now, it’s common for businesses to have ID scanners at the door. Bigger businesses even have facial scanners and other advanced pieces of tech to protect the business floor. You might be surprised to learn just what type of technology is running behind the scenes when you enter and leave a modern bank. All that is just the tip of the iceberg. The impact of technology has hit deeper than the simple matter of security in business.

Before the internet boomed, if you wanted to market, you had only a few options. You could market using billboards and other offline forms of promotion. Or, you could use TV and radio. All of these forms of marketing had their disadvantages as they still do today. While billboards and flyers are quite cheap forms of marketing, they will reach a very small portion of the buying population. If you use a billboard, you’re only marketing to a small local consumer base. The same is true when handing out flyers on the street. If you want a bigger base, you needed to use TV and radio. While you had a greater chance to reach an audience, there was still a problem. TV and radio advertisements were expensive, and they still are today. In fact, if a small business used a TV ad it would take a massive chunk out of the budget. These days, radio and TV ads are still expensive. But they are also slowly becoming redundant. The number of people who watch live TV is steadily dropping, and it has been for years. Due to this, it’s not a viable form of promotion anymore. Particularly, for smaller companies that can’t afford it.

But where TV and radio ads have failed, tech has provided the solution. Slowly, the Internet has become an integrated part of our lives. We use it every day to check the news, message friends and even just pass the time. It’s on every digital device that we own. We’re always connected. Now, it’s the perfect way for businesses to market cheaply to the masses. It’s opened up the market for smaller businesses to compete on a bigger playing field. They can finally reach people all over the world. They don’t need to worry about costs because the costs can be controlled. As well as that, internet marketing isn’t a stagnant form of promotion like TV and radio. It’s constantly evolving. It might have started with popups. But then the focus shifted to SEO. Now, you can have real ads on the web just like you did on TV and radio. We’ve come full circle. But the concepts are more open, with the possibility of adapting them to suit needs. For instance, if you want you can market for free using social media. You might not reach a massive online audience. But you’ll certainly win over some customers.

Of course, incredible chances of marketing isn’t the only advantage that the internet has given.

Automation has become a force that is constantly growing in the business world. Part of that is due to the growth of the internet. Rather than having numerous people working in a company, it’s possible to just use programs and software. The ad industry is a great example of this. Today, if you want content written for your website, you need writers. You can outsource this issue, but it’s still going to cost money. In a few years, the software will be readily available that writes content for you. Several newspapers in the US are already using this tech to fill in pages quickly at a low cost. In the future, everyone that needs content will be using this tech. The kinks aren’t quite ironed out just yet. But once they are, the writing industry will have changed forever. Why do we need authors when a program can write a bestseller? That might sound farfetched. But we are, at most, five years away from that reality.

It’s not the only industry where automation is becoming a greater concept. In the industrial business, it only makes sense to eradicate the issue of human error. That’s why companies are hard at work, developing machinery and tech that doesn’t need human control. We already see this in modern factories with robots playing a big part in the production process. It has caused many to worry about the possibility of a jobless future. But that future will be here sooner than you think.

We’ve already mentioned how tech has opened up the market for smaller businesses with cheap, online promotion. But it’s not the only way the market has been opened. The internet and new technology has made the world more connected than ever. Now, it’s possible to have a business conference with China while shipping to England in the same afternoon. This could occur from the comfort of your office or even your home. It’s amazing to think how many home run companies are also international corporations. That’s all thanks to the tech available at the fingertips of business owners.

Connectivity through tech has allowed businesses to become more flexible, and that’s important. Flexibility will solve a lot of the issues that business owners have in the future. This will include the lack of the need for a full workforce. Instead, issues can be outsourced online, and companies can stay fully competitive in the modern market.

It’s worth now looking at what technology could mean for the future of the business industry. We’ve already mentioned the possibility and the fear of a jobless future. Automation will continue and eventually it will reach a point where there are fewer workers in the business.

But before that happens, that world will continue to become more connected. Connections will become faster, and the transportation of goods and services will continue to improve. This will lead the business industry to become a faster and more efficient machine.

New forms of immersive marketing will be embraced to connect with an audience in new and exciting ways. Businesses know that they’ll need to step up their game if they want to continue to grasp the attention of customers. This will always come down to the new promotion that they choose to use.

No one knows entirely what the future of the business world will hold. But one thing is certain. Technology is sure to play an even greater part.