Toyota has unveil a sleek new prototype car, the 86 Shooting Brake Concept, providing a sneak peek into the minds of Toyota’s design team. Australian designers have played a pivotal role in the design of the Shooting Brake version of the 4 year-old 86 coupe, creating the first sketches and CAD drawings of the model that was then sent to Japan to be refined and built.

The design team didn’t touch the front end of the 86, and just remade the back with a rear hatch with more back head room and luggage space, a more versatile loading area and a roof pod, surfboard or ski racks that fit easily on the roof compared with the swoopy coupe. Toyota 86 global chief engineer Tetsuya Tada says, Toyota wanted to gauge reaction to the concept, while it was conceived as an internal design study and there are no plans for production 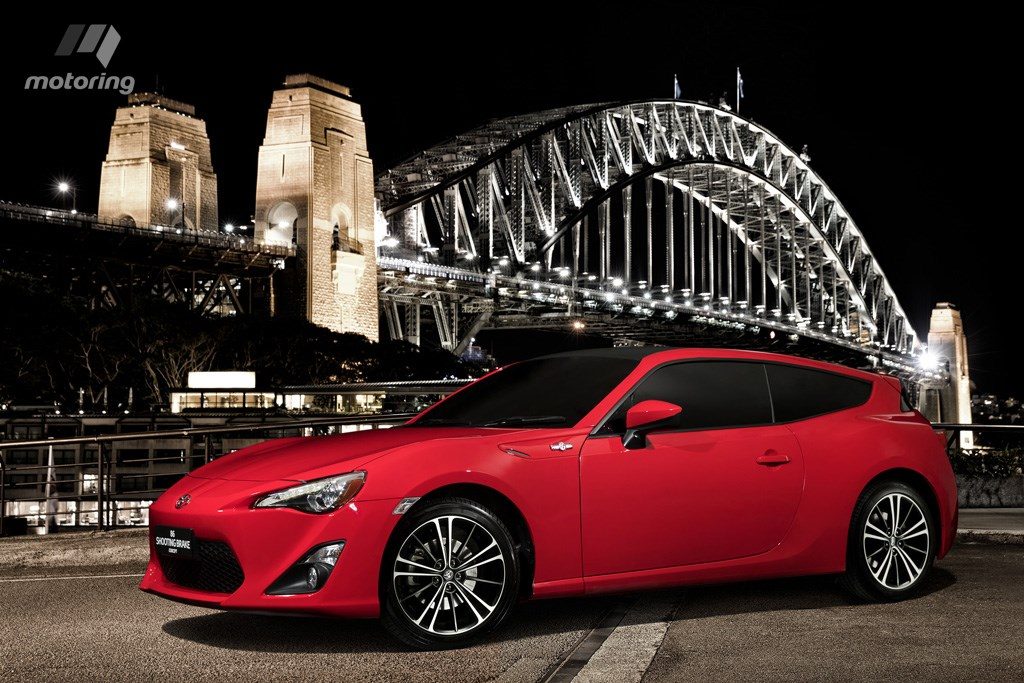 The two-door Toyota 86 Shooting Brake Concept, which was hand-built in Japan based on a scale model, delivers more back head room and cargo space. said Hogios, and the longer roof also allows drivers more range to use roof racks to load bikes, skis or even surfboards.

The local team then flew to Japan to work with Toyota’s design studio who then built the 86 Shooting Brake Concept, which with a kerb weight of 1269kg is 39kg heavier than the coupe. It was then driven and then shipped to Australia for its global reveal this month.