We’ve seen some impressive developments in the car industry in recent years. But judging by new advancements in technology, it looks like the best might be yet to come. We’ve already seen cars that can be switched on by the click of a button and turned off just as easily. We’ve also seen smart technology incorporated into cars that can stop the vehicle for you before it crashes. We’re probably not going to see and never will see flying cars. At least not in our lifetime. But there are still some impressive advances entering the market this year and the years ahead. Here are some of the ways the roads will be changing in the future. 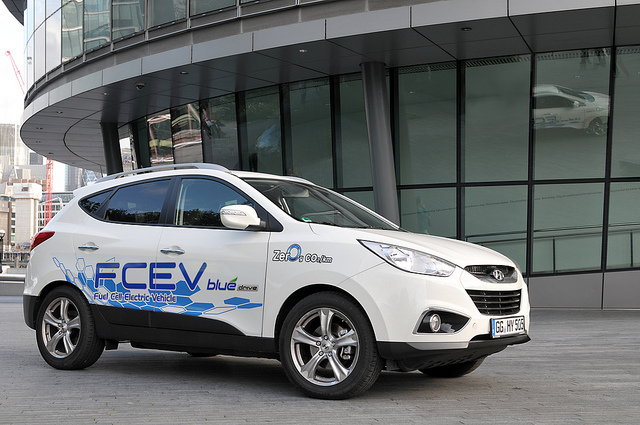 Smart highways are just as clever as they sound. If you’re constantly annoyed by highway congestion you’re going to be thrilled with this tech development. With the smart highway, it should be impossible for congestion to ever occur. The reason is that the highway slows cars down based on how much traffic is on the road. So, if there is a queue starting to build up ahead cars will be taken down to sixty rather than seventy. If there’s already an issue cars will be taken down to forty. The best part is that these devices aren’t manned, they are automatic. A computer monitors the flow of traffic and changes the speed limits accordingly. Right now you’ll see smart highways around major cities. But soon they could be all over the world in almost every country with an urban population.

One of the biggest fears of the driver is that they might be involved in a crash. There’s not just the risk of injury to consider either. Drivers are also aware that court costs can be a fortune even if you do get a great auto accident lawyer. But is all that about to change? Over on silicone valley, tech geniuses are hard at work on self-driving cars. In fact, every car manufacturer you can think of currently has people working on this concept. We’ve even seen tests of Google trying out their version of a car like this…and crashing it. So, it’s clear that the tech isn’t quite ready for sale just yet. But analysts claim that smart cars aren’t as far off as we think. In fact, people have suggested we could have smart cars on our roads in just four years. The first could roll out as soon as this year. Time will tell whether this is the answer to road safety we’ve been waiting for. Or, if the tech creates more problems than it solves.

We’re not sure what the future of fuel efficiency in vehicles is. But what we do know is that developers have reached the point where they can make an electric supercar. That’s impressive considering just a few years ago an electric car could only go at 20MPH. But it hasn’t solved the problem we’re facing of the need for fuel and finite energy. So, what is the solution? Well right now, the best bet seems to be hydrogen powered cars. Once a concept, these are now a reality and are already on the roads or will be starting this year. Whether the public latches onto this possibility still remains to be seen. One thing is certain. Based on how much energy hybrid cars take to make, they should not be seen as the ultimate solution to this issue.

If you look at the modern car, it’s got more gadgets and gizmos than your computer at home. In fact it probably has a computer slotted neatly into the dashboard. You’ll be able to play music, search where you’re going, and goodness knows what else. In fact, most cars come with cameras at the front and rear. Most people think these are for parking but they serve a far more important purpose. The cameras record everything. That means if you are involved in an accident there’s an accurate record of exactly what happened. You can say goodbye to people falsely claiming you caused an accident out on the road.

Finally, self-driving cars aren’t the only idea researchers are toying with. They want cars to be smarter and more effective at dealing with the issues a driver could face on the road. We’ve already talked about cars breaking if they see an issue, and this is a real possibility. But you might also find future cars warning you if you’re over the limit and monitoring whether you’re driving safely. It sounds like science fiction and perhaps slightly Orwellian but based on current research this could be the future of driving.