There are millions of flights every single year, and statistically speaking, the chances of you being injured in one are low. Still, that doesn’t halt many commuters chronic fear of being in the air, and on the whole, it’s understandable. 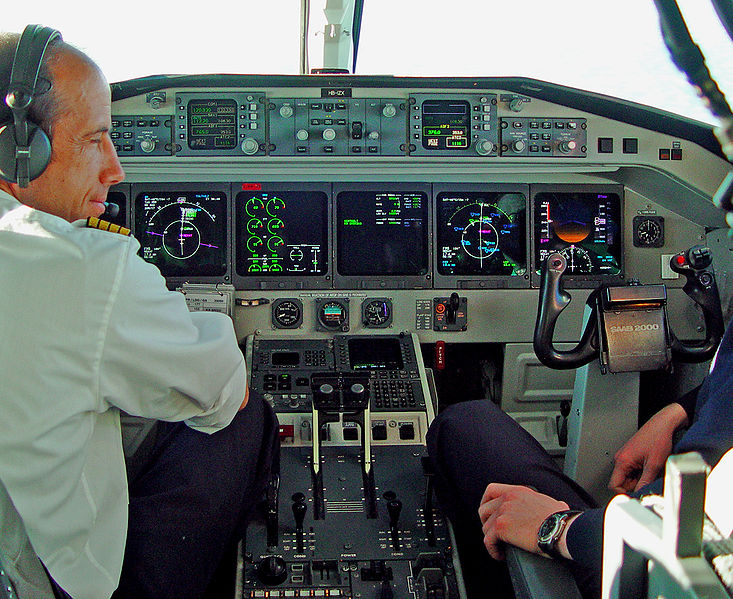 What’s also understandable is that flights are carefully calculated mathematical procedures. They’re operated by some of the best minds in the world, and every eventuality is accounted for. They use the very best, latest technology, in order to keep you and your fellow passengers safe.

But we’ve all seen those heavily-publicised accidents on the news, and that reinforces our fear. Sure, the families involved are quite handsomely compensated, but it’s unacceptable to have to suffer a plane crash in 2016. Our technology is so advanced, so smart and so simple that it’s a wonder these accidents occur in the first place.

And this list proves it. I apologize in advance if you have a flight to board soon!

The phrase ‘remote control’ is used in the loosest sense of the term. It was ten years ago that aviation company Boeing filed an ‘uninterruptible autopilot’ patent. This patent would allow ground control to override the plane and take control of it, steering the flight to safety or back on course.

The number of accidents that could’ve been saved with this technology is countless. Malaysian Airlines flight 370, which disappeared in 2014, could’ve been driven to safety by ground control. A popular theory behind this flight is that a sudden loss of cabin pressure rendered everyone on board unconscious.

As a result, the plane just continued to fly before crashing in the ocean after running out of fuel. Since the plane was in perfect working condition, it could’ve been remotely guided back on course to its destination. Uninterruptible autopilot means there’s no need for a crew, as long as the plane is functioning correctly. And this one was!

Another Malaysian Airlines flight, MH17, was shot down. But, the plane could’ve been removed off that course if this autopilot was implemented. But why isn’t this technology being implemented? How many people have to die, or become injured, before some action is taken? How many aircraft do we have to lose?

Both these flights were subject to several high profile compensation claims in aviation, and rightfully so. It’s only through badgering, rallying and making our voices heard that change can occur. The more media attention this issue gets, the better.

Still, all is quiet on this front. We haven’t heard any news on this form of autopilot in years. The system does exist in some form, whether it’s a prototype or still in the developmental stages. But given its wide array of uses, it’s a shame to not see it become a common feature of all commercial flights.

It might seem like a rather basic technology to put in place, but as of writing, it’s still not an aviation staple. This form of voice recognition allows pilots to plan flights using the power of speech, decreasing workload in the process.

But how does this improve safety? Well, there are several answers to that query. One is that by using speech, pilots have to do less manual work. This keeps them more focused and less tired, allowing them to fly the plane more safely and effectively.

Another answer is security. If the plan relied on voice commands for input, hijackers wouldn’t be able to take over the aircraft as easily. They’d need the pilot’s pipes to be able to enter commands, which could help prevent in-flight attacks.

The developers are looking to make this tech even more efficient by improving its accuracy with foreign languages. Safewords are also being considered, too. For example, if the pilot was under attack, they could speak a command to notify ground control. They could then, remotely, fly the plane back on course.

This voice-control technology can also help the airplane scene become a lot greener.

By condensing several systems down into one voice box, there’s less stress on the plane and less emissions. This eco-friendliness could be passed onto passengers in the form of cheaper flights.

Again, like both Malaysian flights, this technology could have prevented many accidents in the past. It’s important that we show our support for it so that the implementation process can arrive a lot more quickly.

Voice recognition cockpits are currently being developed by Honeywell Aerospace. It’s unknown when they may start to roll out. Watch this space!

I don’t think I need to inform you about the history of explosions on planes, so I won’t. What I will tell you is that bombs have been smuggled onto flights in underwear, socks, ink cartridges and… umm… private areas.

In fact, people sneak things onto planes using all manner of bizarre methods. In recent years, mallets, daggers, stun rods and firearms have all passed through airport security.

It’s amazing that, in this day and age, these stories are still common. If a person can sneak a hammer onto a plane, couldn’t they sneak a bomb?

So it should come as no surprise that explosion safety is a number one priority for flight regulators. It’s clear that we can’t always prevent explosive devices being brought onboard airplanes, so we have to stop them mid-flight. And luckily for us, this technology exists, right now – and it works.

And that’s exactly what ‘Fly Bag’ is – a modern explosion safety device that can work wonders on an aircraft.

The concept is simple. The bag – made of a material that’s explosion-resistant – is kept onboard aircrafts in the event of an emergency. If a suspected bomb is discovered, the device is placed inside the Fly Bag, which should contain the explosion.

Other versions of the Fly Bag include one designed specifically for cargo holds. This material is fitted directly to the containers that house luggage. Theoretically, if a bomb were to go off in the cargo hold, the blast would be contained by the bag.

Unfortunately, like every other technology on this list, the Fly Bag isn’t widely available yet. It’s unknown when it might become commonplace, and it shouldn’t be too far off. Last year, researchers successfully tested the material on the ground, using a controlled explosion.

This means that it works, and it works well. The Fly Bag started off as a small Italian research project before evolving into the safety tech we see today. It was a direct response to 9/11 and other related disasters, and aims to stop them from ever happening again. Hopefully, it isn’t too long before the material is ready for public use.

For those who suffer injuries or family deaths because of an airplane accident, there isn’t much that can comfort you. You can take legal action, receive compensation, and protest and protest for new safety measures. But nothing will fix those mental scars that are caused by a lack of trust in flying.

And that’s why it’s important to remember that the people in charge of flights are as safety-conscious as anyone. Doesn’t this list prove it? These technologies are in active development, and it isn’t long before they become staples of the modern cockpit.

So the next time you’re jetting off for a week in the sun, try and relax. Know that there’s a one in a million chance of you being harmed, and that you’ve never been safer onboard a plane than you are now.

In fact, the only way you’ll be damaged on holiday is through sun exposure – pack plenty of sun protection!