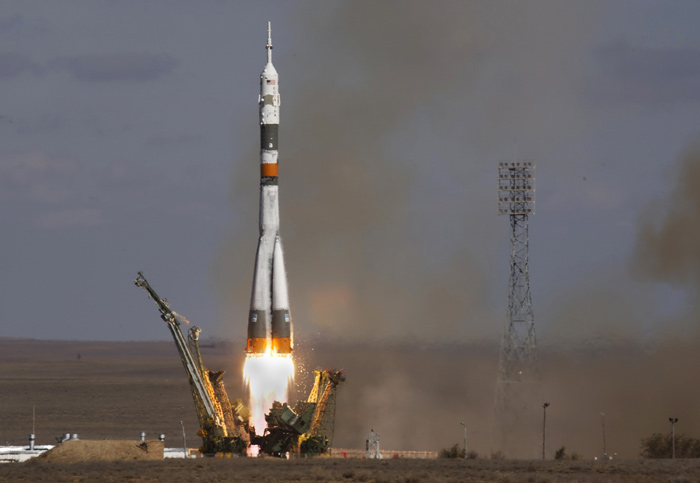 At the first stage of the ascent (“Soyuz TMA-16M” under the nose fairing) was docked to the third stage of the rocket “Soyuz-FG”. Then the head of the propulsion system was docked emergency rescue system. The final stage of the general assembly was the docking unit as part of the ascent of the third stage of the launch vehicle to the “package” of the first and second stages.
Today the State commission for conducting flight tests of manned space systems decided readiness of the launch vehicle to be exported to the launch pad March 25 at 04:00 MSK.
Start space rocket “Soyuz-FG” with transport manned spacecraft “Soyuz TMA-16M” is scheduled for March 27 at 22:42 MSK.