NVIDIA has officially launched their high-performance GeForce GTX Titan X graphics card which features the GM-200 graphics processing unit. The GM-200 GPU which is featured inside the Titan X the fastest chip ever produced by NVIDIA, pumping out performance equivalent to two flagship GK-110 cores from the past Kepler generation and delivering much higher efficiency with the enhanced Maxwell core architecture. 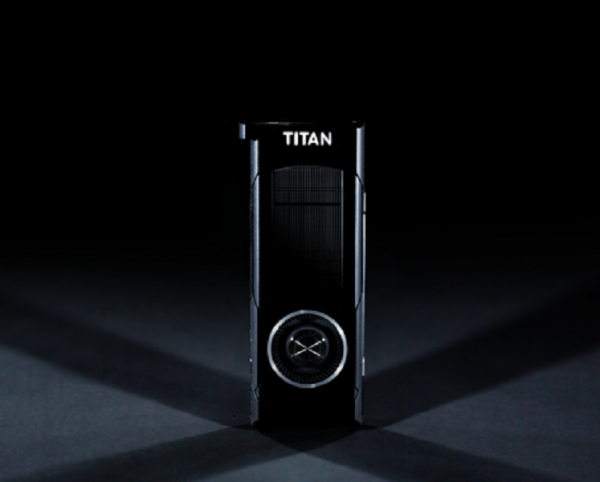 Now in 2015 NVIDIA is back with another Titan, and this time they are looking to recapture a lot of the magic of the original Titan. First teased back at GDC 2015 in an Epic Unreal Engine session, and used to drive more than a couple of demos at the show, the GTX Titan X gives NVIDIA’s flagship video card line the Maxwell treatment, bringing with it all of the new features and sizable performance gains that we saw from Maxwell last year with the GTX 980. To be sure, this isn’t a reprise of the original Titan – there are some important differences that make the new Titan not the same kind of presumer card the original was – but from a performance standpoint NVIDIA is looking to make the GTX Titan X as memorable as the original. Which is to say that it’s by far the fastest single-GPU card on the market once again.

Like all the other Titan cards Nvidia has released over the last three years, this is a card for gaming players who want the best gaming experience possible and don’t mind paying for it. But it’s also a card designed to be an object of desire. This is an aspirational piece of hardware, likely to be much wanted but less purchased by the average PC gamer.

To do this NVIDIA has assembled a new Maxwell GPU, GM200 (aka Big Maxwell). We’ll dive into GM200 in detail a bit later, but from a high-level standpoint GM200 is the GM204 taken to its logical extreme. It’s bigger, faster, and yes, more power hungry than GM204 before it. In fact at 8 billion transistors occupying 601mm2 it’s NVIDIA’s largest GPU ever. And for the first time in quite some time, virtually every last millimeter is dedicated to graphics performance, which coupled with Maxwell’s performance efficiency makes it a formidable foe. Diving into the specs, GM200 can for most intents and purposes be considered a GM204 + 50%. It has 50% more CUDA cores, 50% more memory bandwidth, 50% more ROPs, and almost 50% more die size. Packing a fully enabled version of GM200, this gives the GTX Titan X 3072 CUDA cores and 192 texture units(spread over 24 SMMs), paired with 96 ROPs. Meanwhile considering that even the GM204-backed GTX 980 could outperform the GK110-backed GTX Titans and GTX 780 Ti thanks to Maxwell’s architectural improvements – 1 Maxwell CUDA core is quite a bit more capable than Kepler in practice, as we’ve seen – GTX Titan X is well geared to shoot well past the previous Titans and the GTX 980.

Nvidia has 4K gaming at peak settings firmly in its sights for the GeForce GTX Titan X. And, for the most part, this card is very accomplished at delivering on that lofty ambition.