GIGABYTE Technology, a leading creator of high performance server hardware, presents today its two latest models of high-density rackmount servers. Based on the Intel® C612 platform, these 2U rackmounts feature four trays hosting a dual socket computing node each, and are differentiated by different onboard LAN solutions and storage connectors. 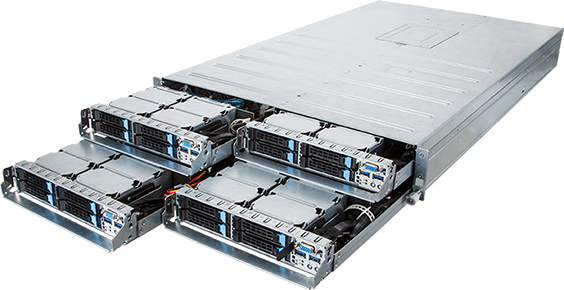 The nodes of the H270-F4G are all equipped with an Intel® 82599ES network controller and a single QSFP+ fiber port capable of two separate 10GbE signals.

For users requiring an even larger network bandwidth, this model is also available with an Intel® XL710-AM1 (previously known as Fortville) controller capable of a 40GbE signal.

The H270-H70 is simply an entry level version of the model above. The four nodes of this version are not equipped with the same LAN solution as the H270-F4G, as they each have two GbE LAN ports driven by an Intel® I350 controller.

December 18, 2020, Comments Off on How Data Analytics Can Fuel Your Business Growth
Latest tweets
Tweets by @Technogies1