LG has unveiled a new series of phones that each excel in only one particular area — that way, you can get the feature you want the most, without spending too much. This LG X line of phones launched earlier this year with two options, the X Cam and X Screen, and now LG is introducing another four options: the X Power, X Mach, X Style, and X Max.

The new X Mach and X Max are heavy on the display department which should make them alluring in the mid-range segment.

The biggest fuss about the X Mach will be due to its display. It’s a mega 5.5” QHD IPS Quantum display, which for a budget phone is amazing to say the least. Apart from that, the other differentiating feature will be Cat. 9 3CA LTE connectivity that is currently only home to top flagships like the Galaxy S7. 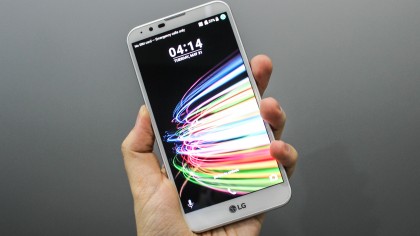 Meanwhile, all we know about the X Max is that the phone has a “large display”. Not much to say apart from that but that is LG. LG is mum about the pricing and availability of both handsets.