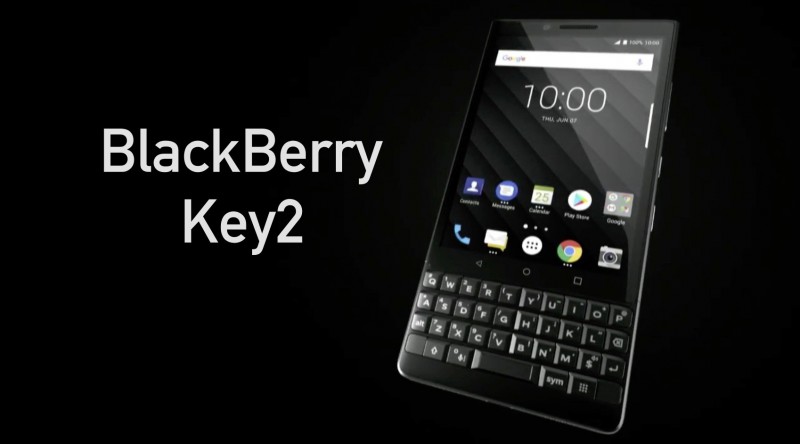 With the fairly recent rebirth of the Nokia 3310 with smartphone functionality it looks like the nostalgia train has made another stop with the Key2 blackberry – a smartphone, with a physical keyboard!

Yes that’s right, BlackBerry are sticking to their roots with the inclusion of a physical keyboard on the key2. It’s a permanent fixture on the bottom of the handset, and for anyone like myself who suffers with on screen keys its nothing but a blessing. Blackberry have truly refined both the build quality and usability of their keyboards with a 20% taller keyset, with now supported shortcuts via the new ‘speed key’.

Priced at £579 the Key2 is middle of the range, around the same price as the more affordable iPhone 7, but cheaper than the 8, X and Galaxy S9. It boasts a 4.5-inch 1080x 1620 display with a bezel-less design, which is great, but for some reason is set in a 3:2 aspect ratio that can be a little jarring.

Internals are identical to the previous KeyOne model but now have an added 6GB of RAM, double what we saw with the KeyOne. And whilst Blackberry has never been a pioneer in photo quality, the camera has also been upgraded from one to dual lens 12-megapixel camera set.

BlackBerry have gone back from their KeyOne design and improved in almost every way we can see, from the integration of the Android OS to the bindable side mounted convenience key. That being said, there are some elements to this model which do have their drawbacks starting with the price. As mentioned, the current price of £579 makes this model one of the more expensive especially as those of a similar price range have all round better processors, displays and cameras. The addition of the keyboard, whilst a classic aesthetic staple of the Blackberry is now creating restrictions in the way the device is held and used. It is ultimately a device designed to be used in portrait mode and when placed landscape it performs poorly- particularly with videos (if not due to the easily coverable speaker vents).

The Key2 is undoubtedly an all-around improvement in RAM, camera quality and the change of OS whilst maintaining the integration of the physical keyboard with a modern device but for those who value their photography, processing power and video display there are other devices better suited.

View the Blackberry Key2 and more business mobiles at OneBell