We’ve all been there. Playing a sweet multi-player game, having fun with friends or strangers. We’re online with countless other people, fighting each other for glory and spoils, shouting into microphones. Sure, we sometimes get annoyed at each other, but its all in good fun. Then we notice that one player seems to land all the shots. One player builds their units with surprising speed. One player has seemingly inexhaustible resources. One player just does not die no matter how much lead you pump into their body. 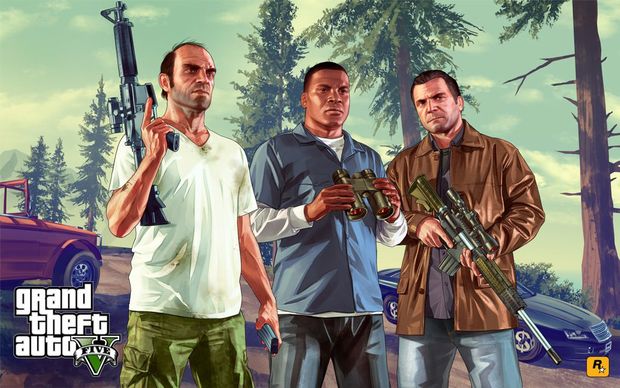 That player is using GTA cheats. They are a cheater. Maybe even a griefer. They’re in every community. More so in some than in others, but they’re always around, and they ruin the one thing everyone plays video games for. The fun. Why bother if they have the unfair advantage? Why go to the trouble of putting effort into earning the in-game currency if they just cheat? Why play even? You might as well go play something else.

As cheaters wreak rampant havoc on the game servers, the developers watch in horror as the number of active players steadily decreases. Then, there is barely anyone left. Their creation becomes abandonware.

A nightmare for the developer and operator of any online game, Rockstar is determined not to allow the described scenario to become reality. GTA 5, and its massively multi-player component GTA Online took the gaming world by storm. With a record breaking player base, the eyes of gamers, journalists and economists (considering the amount of money going through the gaming industry, this is hardly as surprising as you might think) are all turned toward Rockstar. They need to attract new players, and they need to convince existing players that GTA Online is worth spending additional money on DLC and microtransactions. Rockstar needs to keep their good reputation.

Having cheaters and hackers run free in your game is a sure fire way to lose your reputation. Rockstar took to the issue with their characteristic good humor in the beginning. They had pretty basic cheat-detection methods and a community report system in place, and instead of booting cheaters from the game entirely, they locked them into lobbies with other cheaters, giving them a taste of their own medicine. In one notable case, namely when the Duke’O’Death vehicle was introduced with the release of GTA V on current-gen consoles, Rockstar showed the world they know how to keep their game fair with a sense of humor. The car was intended as a reward for loyal fans who made the transition to the new consoles, however due to being ridiculously powerful, the Duke was only meant to be accessible in the game’s single-player portion. When players devised a way to smuggle the car online, because of course they did, Rockstar responded in a rather unorthodox way. Instead of simply fixing the exploit, they decided to play a practical joke on the cheaters. Anyone who sat into a Duke in GTA Online met their deaths in a fiery explosion.

But Rockstar’s good will was at an end. The cheaters persisted, and Rockstar’s sense of humor blew up with the Duke. They went to extreme lengths to shut down the cheaters, adding a legion of hidden stats which tracked all sorts of happenings. Vehicle acquisitions, sudden increase of in-game currency, rate of health loss in combat. At the slightest sign of foul play, gamers were booted into the cheater lobby.

However, the system was exploited. In one instance, a hacker decided to cheat the system in a pretty creative way. Instead of circumventing the detection system, he shifted the blame. The hack cause another player to continuously spawn cash, which the hacker then collected, however the cheat-detection system identified the victim as the cheater, and banned them instead of the real culprit. To make matters worse, the victim experienced a bug in the cheater lobby where the timer never ran out. He was merely suspended for a time, but the span he had to stay among the cheaters increased instead of slowly counting down. The victim in question had to turn to a benevolent modder to get him back into the game proper, and vigilante justice was served, however it seems that there are still holes to patch.