Sitting in traffic is a headache many drivers are familiar with. Frustrating, time consuming and just all-round annoying, especially when you have to be somewhere! Fortunately, the motoring world appears to share this concern, as evident by the technology that is being designed and launched, to try and combat moments of gridlock on the nation’s roads.

Used van specialist Van Monster has analysed some of the most eye-catching developments that are either with us now, or are forthcoming, to get an idea of how soon we could be saying goodbye to the dreaded traffic jams: 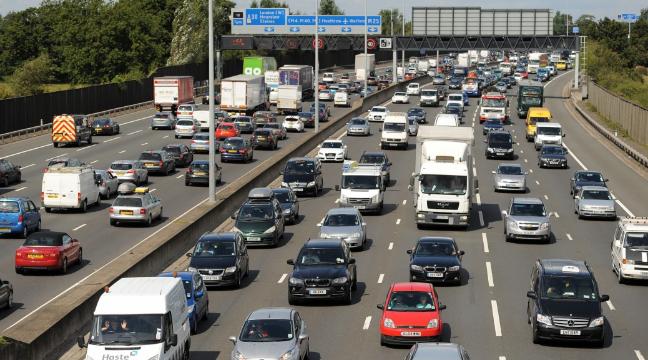 German auto manufacturer Audi is currently looking intohow they can utilize technology that sets up an effective line of communication between vehicles and traffic lights. Deemed ‘vehicle-to-infrastructure’ technology — or V-to-I for short — the revolutionary concept will see drivers being informed when a set of traffic lights are about to turn green. It will also act as a means of warning motorists if they won’t have enough time to make it through the lights before they turn red.

The V-to-I technology is more than just a one way line of communication, as technology suggests that it will also make use of the cloud to send safety information and other operational data wirelessly from vehicles to traffic lights.

It is a concept that Audi hope will help to ease congestion as well as bring down the amount of crashes witnessed on roads.

“In the future we could envision this technology integrated into vehicle navigation, start/stop functionality and can even be used to help improve traffic flow in municipalities. These improvements could lead to better overall efficiency and shorter commuting times.”

The bus that drives the 344 route from Clapham Junction to Liverpool Street in London could soon be keeping vehicles up-to-date with traffic news in the area.This is a result of a six-month trial that is being launched by Transport for London (TfL), which will see digital information boards being installed into the back windows of the transport.

Using GPS technology, the boards located on the rear of the buses will be able to display accurate live travel updates, taken straight from TfL’s 24-hour traffic control centre.

Garrett Emmerson, the Chief Operation Officer for Surface Transport at TfL, acknowledged: “This innovative use of one of the capital’s most iconic features – the London bus – will help all road users.”

The technology will be trialed exclusively on the 344 route, however if it is proven to be a success, there are plans to roll the technology onto the 415 route that travels from Tulse Hill to Liverpool Street and possibly the whole of London.

What are smart cities?

Technology is in development from NXP and Siemens that could usher in an exciting new era of connected vehicles.Making use of in-vehicle chips designed by NXP which are incorporated with smart infrastructure that is being overseen by Siemens, the devices will allow vehicles to talk to each other within a city.

As a result, all of the following could soon be possible:

Both companies feel confident that the technology could be ready to launch into ‘real life’ by 2020. However, cities will first need to implement the technology throughout their streets for the idea to be fully effective.

The development of smart motorways

Smart motorways are already implemented on some of the most used motorways across the UK -and drivers are getting used to the idea that they could help manage the flow of traffic.

Each smart motorway is controlled remotely from a regional traffic control centre and the responsibility of Highways England. The centre’s aim is to monitor traffic and keep traffic flowing.

When travelling on a smart motorway, there are some features that you should be aware of:

Smart motorways are currently in operation throughout the UK, including along stretches of the M4, M5, M25 and M42. Plans are in place to introduce many more across the country.