It’s fast, it’s comfortable, and (aside from the security line) it’s convenient, but air travel is inarguably one of the most carbon inefficient activities the human race has created. According to the New York Times, one round-trip flight between San Francisco and New York generates the atmospheric heat equivalent to two and three tons of carbon dioxide per person. 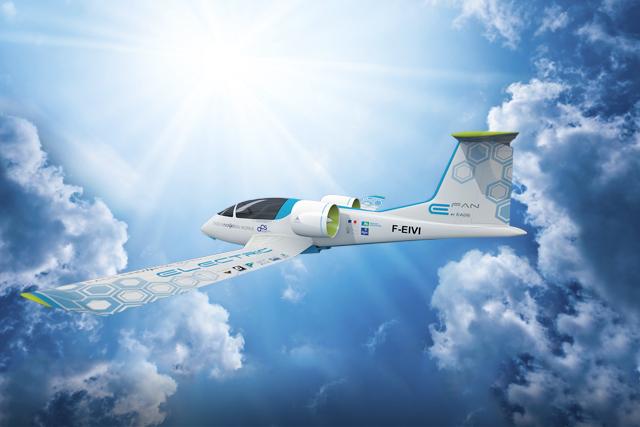 Worse, propellants necessary to send rockets and other objects into space release copious quantities of black carbon, otherwise known as soot, which is second only to carbon dioxide in its ability to effect global climate change, and the increase in space travel and exploration in recent years is having an impact on our planet’s temperatures.

Plenty of lawmakers have attempted to rein in the aerospace industry’s abuse of carbon emissions using caps and taxes, but many airlines have successfully lobbied against such legislation. Still, a handful of innovative aerospace professionals are devoted to making the industry more sustainable. Here are six major technological advances that could make all flights greener.

The hybrid electric-petrol motors that currently race around our city streets might sound like a no-brainer in solving the eco-unfriendliness of aerospace, but the problem is much more complex than substituting one engine for another. The machinery required for a hybrid motor adds roughly 10 percent more to the weight of a car, and in flight, planes need to cut back on all the weight they can spare. Fortunately, a number of aerospace companies have successfully developed a high-powered hybrid engine that cuts back on about 25 percent of fuel usage, but as yet it can only carry about 100 passengers.

The average passenger airplane can move just over half a mile per gallon of fuel — which seems small in comparison to the mileage of hybrid cars, but in reality is an improvement of about 40 percent since we rang in the new millennium. Still, with concern over the rapidly depleting store of fossil fuels, many aerospace professionals are looking for alternative fuel sources that provide better economy.

Perhaps the most promising prospect is carbon-neutral biofuel. While plenty of biofuels have been tested, including one mix of coconut oil and babassu nuts and another mix of jatropha oil and camelina plants, most experts agree that algal biofuel, which is created entirely from microscopic algae, is the current frontrunner due to the minimal resources it requires to grow. Fairly soon, most people might be flying across country on a plane powered simply by green stuff.

Though much attention has focused on the eco-friendliness of commercial aircraft, other aerospace technology tends to be just as wasteful. More than 500,000 pieces of debris floats in orbit around the Earth, sloughed off after various spacecraft exited Earth’s atmosphere on their various missions. The main problem is that unlike airplanes, spacecraft have not been able to reuse their rockets (due primarily to extremely restricted weight). SpaceX is a company wholly devoted to developing advanced space-age technology, including reusable rockets. The first prototypes were launched in 2012, and due to their unexpected success, aerospace may be able to dramatically cut back on resource waste (and cost) in the next few decades.

It might sound like a small issue compared to fuel usage and space junk, but efficiently managing planes in flight is a key factor in aerospace going green. By improving system software, all sorts of aircraft can have better communication with ground control, which allows takeoff and landing to become fast and easy. The less time plans spend taxing on the runway and hovering around airports, the less fuel gets wasted, and the greener the industry gets.

In essence, all a building needs to be called a hangar is a large door and lots of interior space. In fact, hangars have changed little since the beginnings of flight in the early 20th century: They remain massive structures primarily fashioned from steel and concrete. While these materials tend to be strong and durable, they aren’t especially sustainable. Not only does it take absurd amounts of resources to pull metals and minerals from the ground, but such structures increase energy consumption by requiring extra lighting and temperature control. Today, we can erect custom fabric buildings, which let in daylight, keep out the elements, and protect planes as well as steel — if not better.

In the event that biofuels dry up, electric motors seize, and other green aerospace technologies don’t pan out, some experts suggest humanity makes a switch to other, perhaps more controversial, high-flying transportation alternatives: