Technology is moving forward at a startling pace. We can now tell Siri or Cortana to order us an Uber, tell Alexa to play the music that suits our mood, and so much more.

Many consumers don’t necessarily think too much about the technologies that make this possible: application programming interfaces (APIs). According to Ross Mason of CIO, APIs should be treated as products rather than code as they become more essential to consumer experiences and business initiatives alike. APIs are more common than ever thanks to mobile phones and app usage. But there’s still progress to be made. 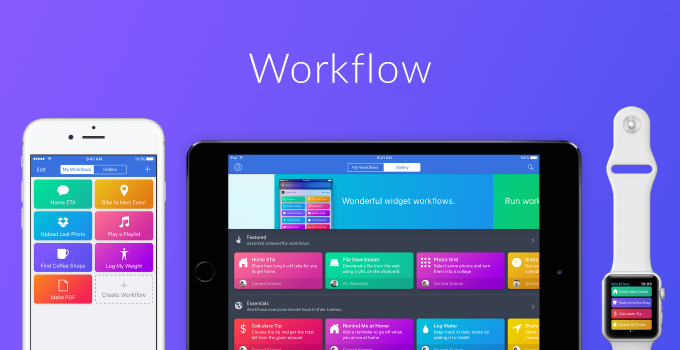 We’re often frustrated at the apparent limitations of our devices, forgetful that a few short years ago, we couldn’t manage pretty much every aspect of our lives through our mobiles. Now, many of the tasks we carry out online or on our phones, tablets or PCs wouldn’t be possible without APIs. These APIs bring together disparate applications and databases and essentially join the dots between our favourite apps. We’re looking for consistent experiences across all of the channels we use. Do we really care how it all works in the background? Well, some of us do.

The update to Siri in particular, which came about with iOS 10, is one that wasn’t met with much fanfare from the average Apple consumer. So I can use Siri to transfer the money I owe to my friend – why couldn’t I do that in the first place? But it was a significant development for the tech geeks amongst us. That said, it’s still pretty limited and you can only perform 6 external tasks with it – ordering a taxi, sending messages, transferring money, photo searching, workouts and VoIP calls.

Whilst Apple has closely guarded its APIs by not making them publicly available, its purchase of Workflow will allow it to experiment with API integrations in a third-party application. According to ZDNet, it’s possible that Apple will integrate Workflow with Siri at some point, allowing for connections between multiple applications while still keeping Apple and Siri’s APIs under wraps.

Workflow is a task automation tool that gained Apple’s approval in 2015, winning an Apple Design Award for its iOS-like interface. It was further lauded for its support for Apple’s accessibility features, which include voiceover and drag and drop announcements for blind or low-vision users. Workflow slots naturally into Apple’s interface and feels very much like a native app. It integrates deeply with a number of native Apple apps, including messenger, calendar, photos and iBooks, which was evidently a large part of the appeal when it came to Apple’s acquisition. You’re able to run workflows from your widget home screen or Today view, and Workflow also integrates with a number of third-party applications including Dropbox, Giphy, Google documents and more.

Workflow now also has the ability to interact with any web API, which vastly expands its capabilities with over 16,000 open APIs on the web. A complaint of many is the lack of communication and integration of iOS-only apps, and Workflow’s web API integration all but eliminates this issue. By using a web service’s API token, building it into a Workflow is a breeze.

If Apple integrates Workflow into Siri, the third-party app could allow Siri to work with even more applications without a direct connection. Tied up in security protocols, APIs provide a single entry point for data to apps and arguably remove back-door entry by making it possible for other applications to connect. This will allow Apple consumers to carry out more tasks than ever natively through their iPhone or Siri without Apple giving up its precious APIs.

As technology continues to grow, we’re likely to see more reliance on APIs, particularly with the Internet of Things (IoT) gaining popularity. Google acquired Apigee for $625 million in September, citing changes in the way we communicate as the reason behind the purchase. Now that Apple has purchased an application already well-integrated with iOS and with the potential for wider integrations, it’s about time we recognised the importance of APIs in today’s technology-driven world.