007 has had a very impressive vehicular history – some might also say successful; however, he has gone through more high-end performance cars quicker than glamorous supermodels. As each film concludes, Bond’s car often looks a little worse for wear than it did when the film began. And whilst we know he won’t have to fit the bill for these top cars, it’s an interesting thought to think what would Bond’s car expense invoice actually look like? 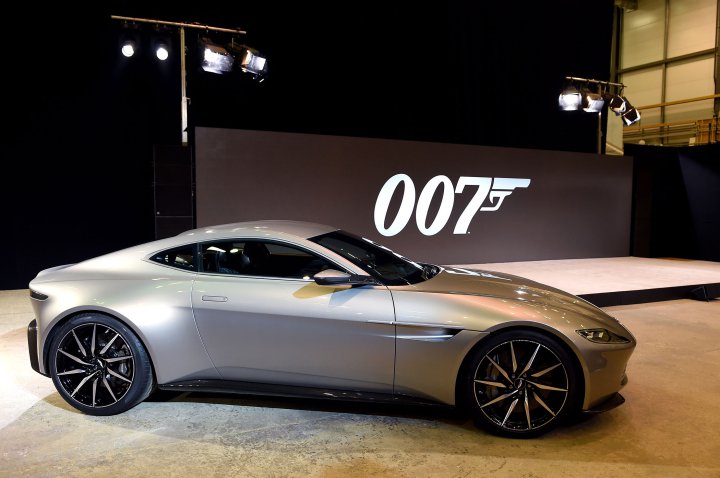 For most of us, owning a car like James Bond is nothing more than a dream. However, leasing could make your dream car a possibility. Leasing options provide an affordable way for us to get the car we dream of. Car leasing experts, Rosedale Leasing look back over the rich Bond car history and investigate how much some of the Bond cars are worth in reality and suggest what it would realistically cost to lease a James Bond car.

Driven by Sean Connery, the Sunbeam Alpine featured in ‘Dr.No’, in 1962. It was far more affordable than the cars used in the later Bond films – however, similar to many Bond cars that followed, the Sunbeam was British made, just outside of Coventry. The car costs £7,000 – whilst this might now seem relatively cheap for a car, in 1962 this would be expensive, however, not out of reach for many of the cinema patrons at the time, as the car cost only £1,110 back then.

In ‘From Russia With Love’, Sean Connery played the role of James Bond again. The 1963 movie featured the Bentley 3.5 litre in the opening scene. It was considered as the first Bond car gadget, when Bond used it to answer a phone call. Already 30 years old at the time of filming, the Bentley was already considered as somewhat of a classic. The car is currently valued at £1,000,000.

If James Bond was to lease a Bentley today, it would cost him approximately £3,605.59 a month for a Bentley Continental GT Coupe, on a personal leasing plan.

Featuring in two Bond films, the Aston Martin DB5 was driven by Connery in 1964 in ‘Goldfinger’ and in 1965 in ‘Thunderball’. It is one of the most recognisable cars ever to be driven by 007, and was only released three months before original filming began. Whilst it was used throughout both ‘Goldfinger’ and ‘Thunderball’, it was also featured in ‘Golden Eye’, ‘Tomorrow Never Dies’, ‘Casino Royale’ and ‘Skyfall’. The car is valued at £1,000,000.

‘You Only Live Twice’ was released in 1967, and featured Japan’s first supercar, the Toyota 2000GT – again driven by Sean Connery. The car was a limited edition with only 351 models produced – making this Bond car rarer than the DB5. Toyota made modifications to the design, specifically for the film, to produce an open top version. The car is valued at £300,000.

‘On Her Majesty’s Secret Service’ introduced a new Bond in 1969 – George Lazenby. With expectations high following the Aston Martin DB5, the DBS appeared to be gadget free, but with room in the glove compartment for a sniper riffle. The car is estimated to cost around £120,000.

In 1974, Roger Moore featured in ‘The Man With The Golden Gun’. Bond steals the AMC Horne in the film, driving it through the showroom window of a dealership. The two-door vehicle is an unlikely hero for a Bond film, but proves itself during handbrake turns, and the infamous bridge jump. The car costs around £2,000.

The tenth instalment of Bond films was released in 1977 – played by Roger Moore, ‘The Spy Who Loved Me’ featured the Lotus Esprit. The car is known for its participation in a chase sequence that covered air, land and water. The Lotus transforms from car to mini submarine as it hits the water, and then transforms back to car as Bond drives the vehicle out of the sea and onto the beach. The car is valued at £15,000.

In 1987, Timothy Dalton was introduced as the new Bond in ‘The Living Daylights’. The Aston Martin was brought back by producers after an 18 year absence in the James Bond franchise. The car was kitted out with all the gadgets that mirrored those in Goldfinger’s DB5. There were two V8’s used during the film, the first with a droptop was actually donated for use in the film by the chairman of Aston Martin – the second had an adapted roof for the winter driving scenes. The Aston martin V8 car is currently valued at around £150,000.

If James Bond was to lease an Aston Martin V8 Vantage today, it would cost him approximately £2,550.93 a month on a personal leasing plan.

In 1995, Pierce Brosnan is first introduced as the new James Bond in ‘Golden Eye’. This 007 instalment features the BMW Z3 alongside the return of the Aston Martin DB5. The Z3 didn’t come without it’s gadgets, with Q demonstrating its parachute braking system in laboratory, and briefing 007 on the ejector seat. The Z3 is valued at around £1,500.

In 1997, the BMW 750iL was introduced in ‘Tomorrow Never Dies’ – again, alongside the Aston Martin DB5. The BMW featured bullet proof windows and bodywork that could withstand the impact of a sledgehammer – Bond was also able to drive the car via a remote control. Again, the 750iL doesn’t make it to the end of the film in one piece as Bond drives it off a rooftop car park and into an Avid rental shop. The car currently costs around £5,000.

If James Bond was to lease a BMW 7 Series today, it would cost him approximately £1,032.01 a month, on a personal leasing plan.

Pierce Brosnan continued to reign as Bond in 1999 in ‘The World Is Not Enough’, when the BMW Z8 made its appearance – a car that isn’t known for its gadgets unlike previous Bond cars. However, the Z8 doesn’t make it to the end of the film as a helicopter cuts the BMW in half. The car is valued at £200,000.

2002 saw the release of ‘Die Another Day’, the final instalment of Brosnan’s reign as James Bond. The 2002 movie featured both the Ford Fairline and Aston Martin V12 Vanquish. The Fairline was used in one scene during the film – however, the Vanquish, or as Q calls it The Vanish, is complete with an invisible cloak, as well as all the usual gadgets such as ejector seat and target seeking shotguns. The Fairline costs around £15,000 whilst the V12 Vanquish comes in around £80,000.

If James Bond was to lease an Aston Martin V12 Vanquish today, it would cost him approximately £4,994.49 a month on a personal leasing plan.

When Daniel Craig was introduced as the new James Bond in ‘Casino Royal’ in 2006, so was the Aston Martin DBS V12 – which was also featured in 2008’s ‘Quantum of Solace’. In both films, the car featured minimal but realistic gadgets. In Casino Royale, Bond tries to use a defibrillator from the car on himself. The car is also part of stunt involved 7 flips in an intense crash. This car is valued at around £90,000.

The iconic Bond car returns in ‘Casino Royal’ in 2006 and in ‘Skyfall’ in 2012. In ‘Skyfall’ the DB5 becomes the hero once again as James Bond uses it to rescue M from an attack by Raoul Silva before taking her to Scotland as bait to avoid the loss of more lives in London. The Aston Martin DB5 is currently valued at £1,000,000.